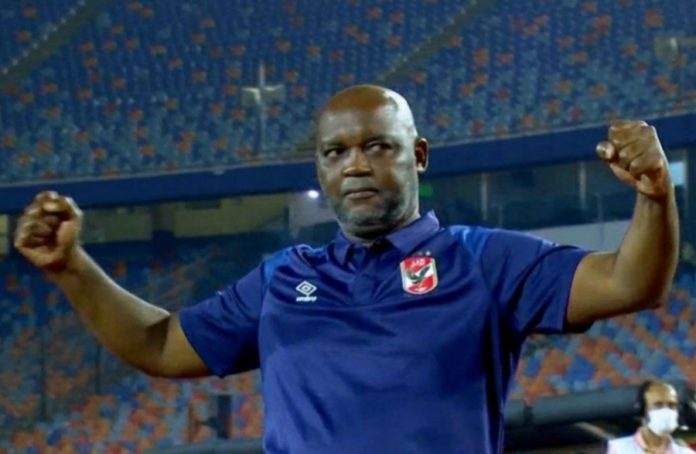 The name Pitso “Jingles” Mosimane will be heard in the world of football for a long time to come.

Despite losing the FIFA Club World Cup semi-final 2-0 on Monday night, Mosimane has earned respect for the bravery that his players displayed in the match.

Mosimane’s Al Ahly held their own against European champions Bayern Munich, who are considered by many to be the best team in the world.

But Mosimane himself was not a happy man after losing his first match as the Red Devils coach.

“Tasted my first loss, so sick,” he tweeted after the match.

Many would feel that Jingles is being too hard on himself, but his record with Al Ahly reflects his appetite for winning. Since Mosimane joined the Egyptian side in September they have won 18 matches and drawn four, with their first loss this season coming against Bayern.

“Not the results we wanted. We will have to improve on many aspects,” he said.

“Football at World Cup level shows you that you have a lot of work to do, especially when you are playing against the Champions of Europe.”

Despite the disappointing result, Mosimane has written his name in the history books of the Club World Cup: he is the first South African coach to lead a team to the last four of the competition.

In 2016 Mosimane became the first South African to ever coach in the competition with Mamelodi Sundowns. He lost in the quarter-final to Japanese side Kashima Antlers, who went on to lose to Real Madrid in the final.

On Thursday Mosimane and his Al Ahly will take on Brazilian side Palmeiras in the third place play-off at Education City Stadium in Doha, Qatar at 5pm. This is the opening match for the final, where the victorious Bayern Munich will take on Mexican side Tigers UANL.