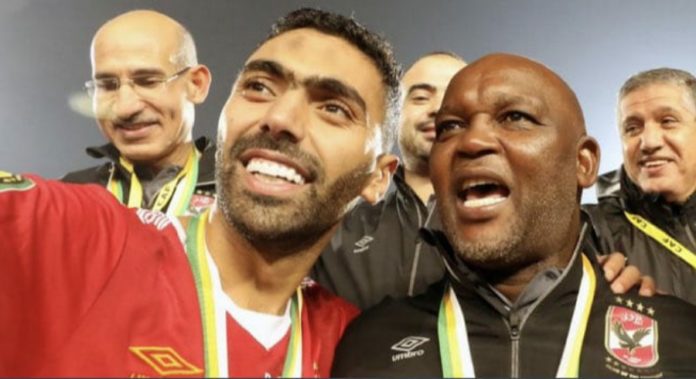 Al Ahly’s Pitso Mosimane wants to defy the odds and become the first coach to win the FIFA Club World Cup with an African team. No African team has ever won the competition before.

Only two African teams that have managed to reach the competition’s final. The first one was DRC giants TP Mazembe who lost to the Italian outfit Inter Milan in 2010.

Three years later the Moroccan team Raja Casablanca lost to German’s Bayern Munich in the final. On Thursday Mosimane led Al Ahly to the semi-final of the competition.

They take on German giants Bayern Munich on Monday at 8pm in Doha, in Qatar. On Friday Mosimane said they are going to this match just to have fun.

“Against Bayern Munich we should have fun I think. We have nothing to lose but everything to gain,” said Mosimane.

“If we win that match our lives would change. It’s a very difficult match to win, against a big team who are champions who have won the Cup, the league and they’ve lifted the Champions League.”

Mosimane added that all eyes will be on the European champions who beat Paris Saint Germain 1-0 to lift the UEFA Champions League trophy. Ahly beat their nemesis and their Egyptian neighbors Zamalek 2-1 to win CAF Champions League.

“Okay we did the same in Africa, we won the treble but they’re Bayern. They’ve got pressure because they’re expected to beat us where we don’t have pressure. We are going to have fun. Maybe frustrate them a little bit and see how it goes,” said Mosimane.

The other semi-final will be played on Sunday between Brazilian team Palmeiras and Mexico’s Tigres. The match will start at 11.30pm.

The 2021 Club World Cup final will be played on Thursday.