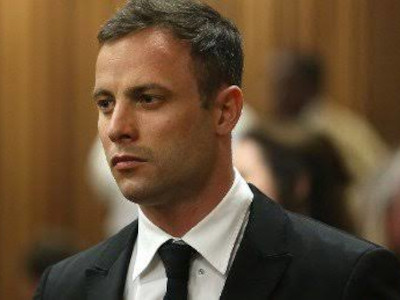 World celebrated paralympian Oscar Pistorius was sentenced to 13 years in prison in November 2017 for the murder of his girlfriend Reeva Steenkamp.

Now the Supreme Court of Appeal has announced that it will reduce his sentence after it emerged that an earlier judgment failed to consider the 506 days he had already served for the murder of Steenkamp.

The developments in Oscar’s parole saga could open old wounds for the Steenkamp family eight years after she was shot and killed in his bathroom on Valentine’s Day 2013.

Pistorius claimed at the time that he mistook her for an intruder and fired four shots.

However, it is not certain whether or not he will be released in 2023.

Singabakho Nxumalo from the Department of Correctional services said: “At no point will the Department deny nor confirm a parole consideration date and month for an inmate as there are processes that have to be followed.

“All inmates in South Africa become eligible for parole consideration after serving the minimum required time.

“This does not guarantee parole placement. It is a privilege that must be earned following our prescripts and ultimately, also the inmate’s readiness for social reintegration.”