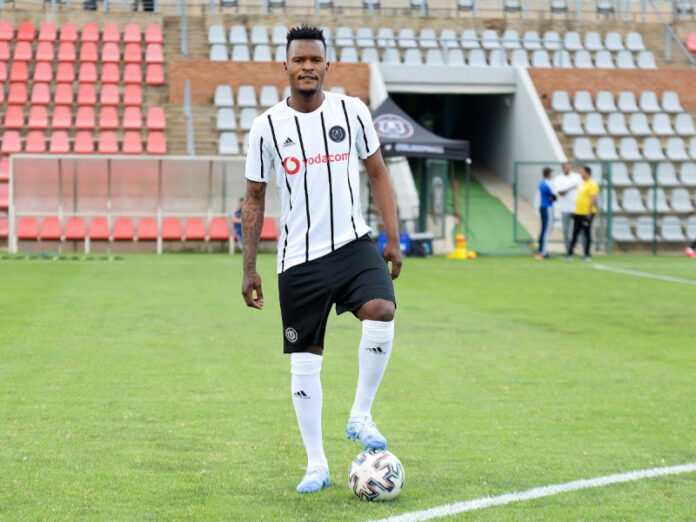 Orlando Pirates midfielder Nkanyiso Zungu has been suspended by the club after he was arrested and charged with assault on Sunday night, the club said.

Gauteng police spokesperson Colonel Mavela Masondo told Scrolla.Africa that a 26-year-old professional soccer player was arrested and charged with a case of common assault under the Domestic Violence Act by the police in Johannesburg.

The midfielder will appear before the Booysens Magistrates Court soon.

The Buccaneers released a statement indicating that Zungu had been suspended following a pending investigation into the matter.

“The club suspended Mr Zungu pending an investigation. As this matter is currently in the hands of the authorities, the club is unable to make further comments,” the statement said.

It is unlikely that the Soweto giants will miss Zungu who has failed to make an impact at Pirates. He has made just one appearance in the DStv Premiership this season.

Zungu made the move to the Soweto giants in 2019 from Stellenbosch but he has had a tough time with the club, only making 16 league appearances in his three years at Pirates.

The midfielder was looking to make a loan move ahead of the current season but a deal failed to materialise and he spent the majority of his season watching from the sidelines.

Meanwhile, the club continued their good form in the CAF Confederation Cup after defeating Royal Leopards 3-0 on Sunday.

The Sea Robbers now turn their attention to domestic league action when they take on SuperSport United on Wednesday night.

Pirates will be hoping to return to winning ways in the league after suffering a Soweto derby defeat last time out.