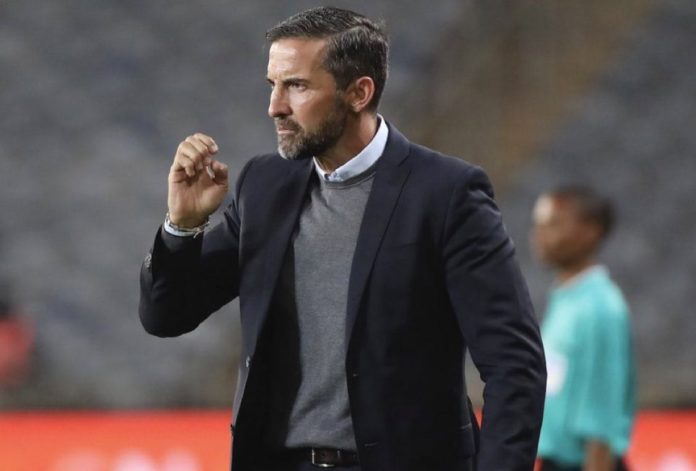 There is always pressure when you coach a big team like the Buccaneers.

This is according to Orlando Pirates coach Josef Zinnbauer whose team is going into Saturday’s final as favourites – and that puts him under a lot of pressure.

The MTN8 Wafa Wafa final against Bloemfontein City is scheduled for the Moses Mabhida Stadium in Durban on Saturday at 6pm.

“Whether you play a league game or a cup game, there is always pressure. As coaches it is our job to work with pressure and help the players to deal with it,” he said.

Zinnbauer will be in the dugout for the first time in a cup final since joining Pirates 12 months ago.

“I’m happy we have the final. This was hard work for us with tough games behind us. Now we are happy to be in the final and we will do our best to try and win it,” he said.

But he acknowledged that John Maduka’s Celtic was a threat.

“We know we have a good opponent. It’s going to be a tough game. They are strong and they beat Mamelodi Sundowns. We know this and we have information about how they play,” he said.

“We have a plan and there is a very good spirit while we train. The mood is good and I think we are heading in the right direction.”

Last time the Buccaneers played in a cup final was in 2018 where they lost 3-2 on penalties to Baroka FC in the Telkom Knockout. Their last silverware was back in 2014 winning the Nedbank Cup after beating the now defunct Bidvest Wits 3-1.