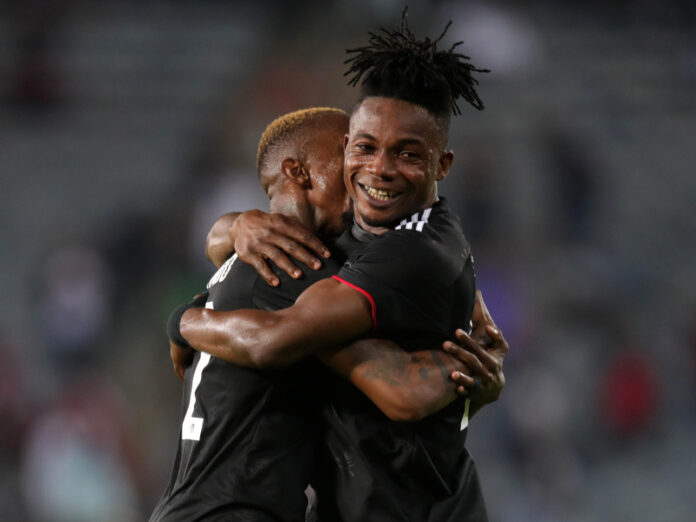 Orlando Pirates are through to the semi-finals of the CAF Confederation Cup after beating Simba SC 4-3 on penalties at Orlando Stadium on Sunday night.

The Bucs are the only team representing South Africa in the CAF continental competitions.

The match was decided by a penalty shootout after it ended in a 1-1 draw on aggregate. Pirates managed to win 1-0 at home, while they lost in a similar result away seven days ago.

The home team was under pressure during the first half after failing to take scoring chances.

The second half provided Pirates what they were looking for as they broke the deadlock.

In the 56th minute Simba were reduced to 10 men after Kope Mugalu was sent off for fouling Bucs defender Elisah Ndah.

Pirates took advantage as they scored the goal that saw them equalise.

Nine minutes after the red card, Kwame Peprah headed in the opener from an Innocent Maela assist.

Simba will be disappointed looking back, as replays showed that Peprah was offside.

The Bucs pushed harder to try and get the goal that would have seen them win the tie. But that did not come.

Pirates midfielder Linda Mntambo was the one who had a better chance to get that winning goal. His header hit the upright late in the game.

Pirates’ win has given South Africa hopes in the competition that they could go all the way to the final, and even win it.

The Soweto giants will feel the win meant a lot more than a spot in the semi-final after the controversial first leg.

Pirates accused their opponents of treating them like “animals,” which Simba denied and lodged official complaints over the remarks.

Before Sunday night’s match South Africa had two teams that were expected to progress to the semi-finals.

Mamelodi Sundowns were the other team who were eliminated on Saturday.