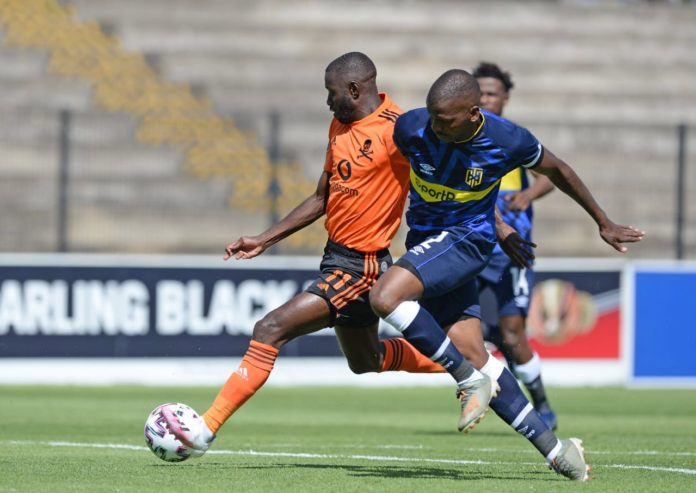 Once again Orlando Pirates had to come from behind to salvage a point as they continued to fumble in the DStv Premiership.

Bucs drew 2-2 away against Cape Town City at Athlone Stadium after going into the break 2-1 behind.

The result isn’t a true reflection of what really transpired at Danie Craven Stadium. The visitors could have easily gone to the break three goals ahead.

City will have their goalkeeper Peter Leeuwneburgh to thank for going through without being defeated.

Leeuwneburgh was as much a hero for City as Vincent Pule was for Pirates. Pule scored twice to help Pirates avoid their first defeat of the season.

Pirates looked good when they were going forward but were suspect in the middle of the park and at the back. It only took the home team seven minutes to breach Bucs’ defense when Mduduzi Mdantsane found the back of the net with a fine strike inside Pirates’ box.

Pule equalised for Bucs eleven minutes after Mdantsane had put the home team ahead. Before halftime former Pirates man Abbubaker Mobara was given too much space by Bucs defenders and unleashed a shot outside the box that beat visitors keeper Richard Ofori with ease.

The second stanza however was a totally different game. City were at sixes and sevens at the back and had no answers for Pirates’ second half approach.

Leeuwneburgh kept City in the match with several saves. But Buccaneers kept on knocking on City’s door and eventually got the equaliser.

Leeuwneburgh was beaten again and Pule got his first brace this season. This was Pirates’ fourth draw in six matches but they kept their third place on the log table.

In another match on Saturday, Golden Arrows and Swallows played a 1-1 draw in Durban.