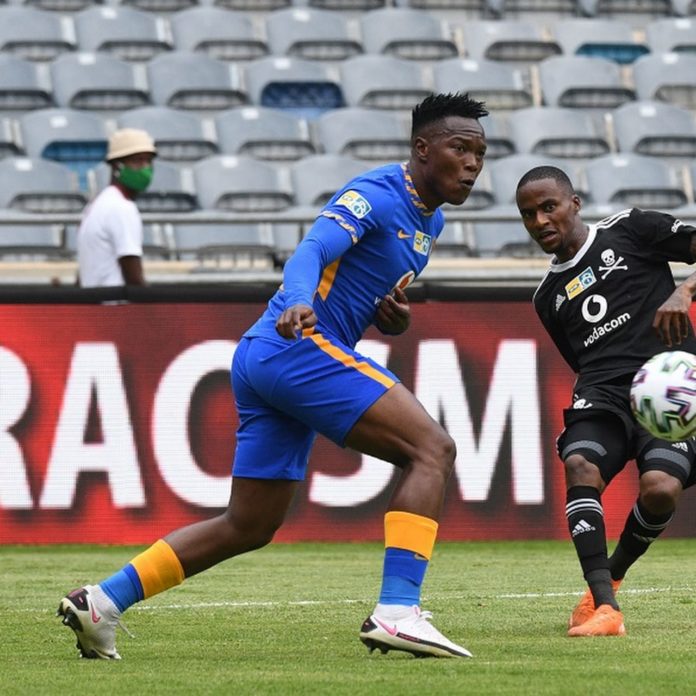 Orlando Pirates’ away win over relegation strugglers Maritzburg United couldn’t have come at a better time.

Pirates ended their two match winless streak by beating the Team of Choice 1-0 on Saturday.

On the same day their Soweto neighbours Chiefs continued their unbeaten run with a 0-0 away draw with stubborn Stellenbosch.

But the Bucs still have a tough derby assignment on Saturday when they will face Chiefs.

Before these two do battle next Saturday they have midweek assignments. On Tuesday Chiefs host Baroka at FNB Stadium while the Bucs will be welcoming TS Galaxy at Orlando Stadium at 5pm, the kick-off time for both matches.

Bucs’ win has seen them climbing the DStv Premiership log table. They moved from sixth place going back to fourth and they have cut the deficit to six points behind joint log leaders Mamelodi Sundowns and Swallows FC.

Swallows played to a 1-1 draw against Mamelodi Sundowns in the top of the table clash on Saturday in Atteridgeville, Pretoria.

Bucs coach Josef Zinnbauer said Pirates’ victory was a big one for them.

“In general the whole team put in good work in this game. It was not a good performance but what is important is that we got the three points that we wanted. This win played a big role in bringing back self confidence to my players,” said Zinnbauer.

After losing away to Black Leopards last Sunday and drawing at home to Golden Arrows, agitated Pirates supporters were starting to doubt Zinnbauer. They were calling for the German to hand in his resignation saying that his tactics and team selection isn’t working for their beloved team.

Having already beaten Chiefs twice this season should Zinnbauer lose to them on Saturday he will not be forgiven by the club supporters. Early this season Pirates defeated Chiefs 3-0 and 2-0 in the MTN8 semi-final first and second leg respectively.