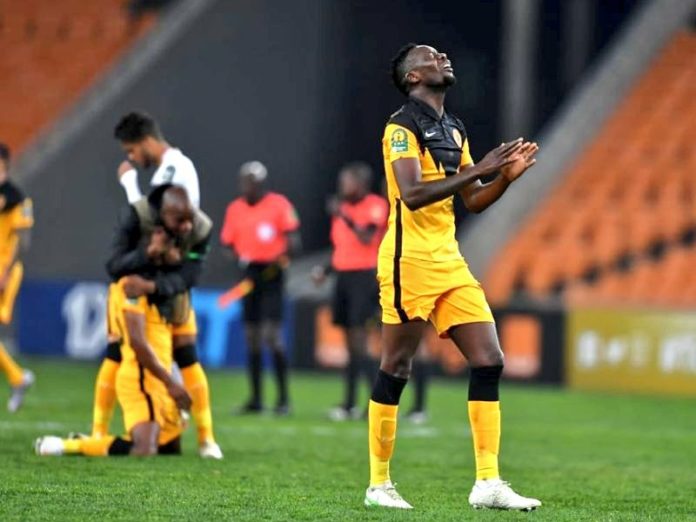 It’s a dream nobody thought possible when Kaizer Chiefs reached the finals of Saturday’s CAF Champions League – and the dream is not over yet. Kaizer Chiefs take on Al Ahly in the final on Saturday.

Many words could describe the season that Amakhosi experienced but “rollercoaster” seems to best apply. There have been many ups and downs but now they find themselves smiling – one game away from winning their first ever champions league trophy.

The start of the season looked bright for the Soweto giants when experienced manager Gavin Hunt took over the team, but 43 games later he was shown the exit door. It was a dismal spell for Hunt, winning only 11 matches and losing 15.

While Stuart Baxter has been hired as their new manager it is caretaker coaches Arthur Zwane and Dillon Sheppard who have done a spectacular job in steadying the ship and getting the Amakhosi to their maiden champions league final.

Chiefs are facing the tough task of taking on defending champions Al Ahly, managed by South African Pitso Mosimane. He knows the Soweto giants very well and he is, by any standard, a remarkable coach.

The entire South African nation should get behind Chiefs as they look to become only the third South African team to win the tournament when the match kicks off at 9pm this Saturday. It can be viewed on DStv channel 202.

➤ The month of action-packed rugby continues this weekend as the British & Irish Lions continue their tour of South Africa in a clash against the Stormers. Warren Gatland’s B&I Lions suffered their first defeat of the tour, losing 17-13 to South Africa ‘A’. The win for South Africa will give the Stormers hope that they can inflict further damage on the B&I Lions. The Lions play their first test against the Springboks on 24 July at Cape Town Stadium. The match will be on DStv 201 at 6pm.

➤ A crowd of 140,000 spectators will be allowed to go to the Silverstone Circuit for the British round of the Formula One season. This will be the first time that the newly formed sprint qualifying race will take place which will determine the starting position for the actual race on Sunday. The race starts at 4pm on Sunday and will be viewed on DStv channel 215.