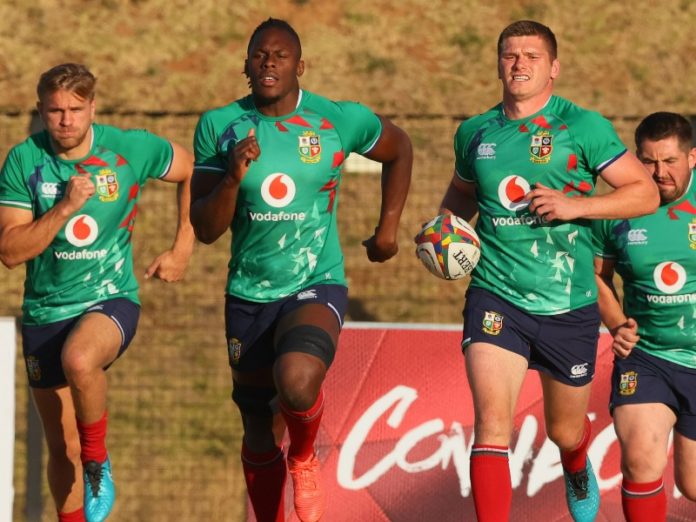 You don’t have to be a rugby fan to feel a surge of excitement at the prospect of the British & Irish Lions kicking off their historic tour against the Gauteng Lions on Saturday.

The tour that only takes place every 12 years is set to bring fireworks to the rugby fields of South Africa, as the famous B&I Lions go head to head against South Africa’s finest rugby teams.

They play the World Cup champion Springboks in a three test series.

The match against the Lions at Emirates Airline Park is set for kickoff on Saturday at 6pm.

The touring side landed in South Africa on Monday morning as Gauteng faces the worst Covid-19 surge the province has ever experienced. Reports suggested the matches may be relocated to coastal venues but it seems those plans were shelved.

Rugby fans are in for further excitement as the Springboks take on Georgia at Loftus Versfeld on Friday at 7pm. This is their first match since their Rugby World Cup triumph against England in 2019 and it is quite a test for the squad and the management. The Springboks will be fairly busy in the month of July in what is sure to be a thrilling month for rugby fans.

➤ Attention turns to the Euro 2020 as the quarter-final stage kicks off and if the rest of the tournament is anything to go by, there are bound to be surprises. The pick of the matches is Belgium vs Italy, an encounter between two of the teams favoured to go all the way.

Italy will feel confident having only conceded one goal in the tournament, and they have not tasted defeat since 2018. On the other hand Belgium, ranked first in the world, always start as favourites. However, a less than impressive victory over Portugal in the round of 16 will leave their fans with some anxiety.

In the other fixtures, Switzerland take on Spain, the Czech Republic play Denmark and Ukraine face England.

Having defeated Germany, England are full of high hopes that they can go all the way and claim top honours in the Euro 2020, in what would be their first major international trophy since their World Cup in 1966.

➤ The Proteas will conclude their five-match T20 series against the West Indies on Saturday. The South African cricket team currently leads the series 2-1 after defeating the West Indies by one run on Tuesday.

➤ The second consecutive Austrian Grand Prix takes place at the Red Bull ring this weekend. Can the Mercedes-Benz team respond to the current domination of Red Bull? We find out at 3pm on Sunday.