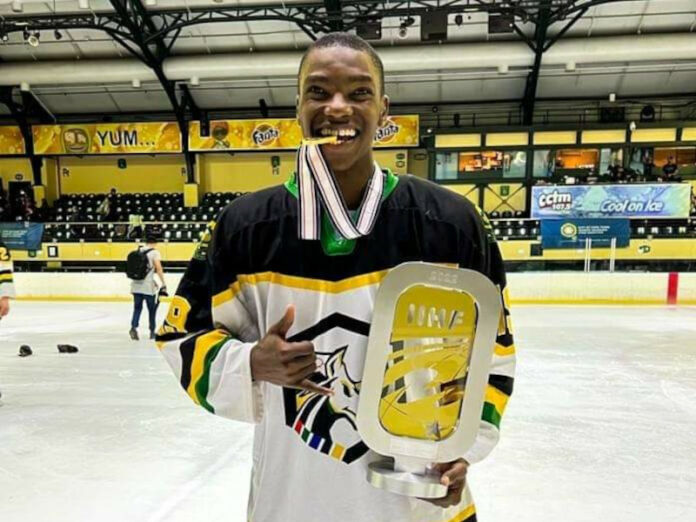 In a country where ice hockey is neither popular nor professional, Dion Phakathi dreams of going pro — and it looks as if his dream may come true.

Phakathi has received a scholarship to play in Canada — a country where ice hockey is the national sport.

He has represented South Africa from the age of 15.

“I feel like I was born into it, ice hockey. I started skating at the age of six when my dad took me to the ice rink at Festival Mall in Kempton Park where he worked,” he told Scrolla.Africa.

“The first time I saw this place I was in awe. It was something I had never even dreamed existed. I started playing ice hockey when I was 10 after spending years mastering the art of skating.”

Phakathi said he had many challenges from the beginning.

“But they’ve all helped me learn how to be a better version of myself,” said Phakathi, who is now 23 years old.

“A big challenge is still the financial constraints. Ice hockey is an unpopular sport with very little recognition. It’s like a hobby for most of the players who fund themselves.”

But there may still be a bright outcome.

Phakathi has obtained a scholarship to study Business Administration at Portage College, an ice hockey-inclusive college in Canada.

“It has been a lifelong dream for me to play in Canada. I went there in August earlier this year for a summer camp and that completely blew my mind,” he said.

“I saw exactly what I wanted. The level of competition will help me grow and get better. The scholarship is a big deal. I see it as a stepping stone that’s going to help me reach my dreams.”

Pictured above: Dion Phakati on the ice rink