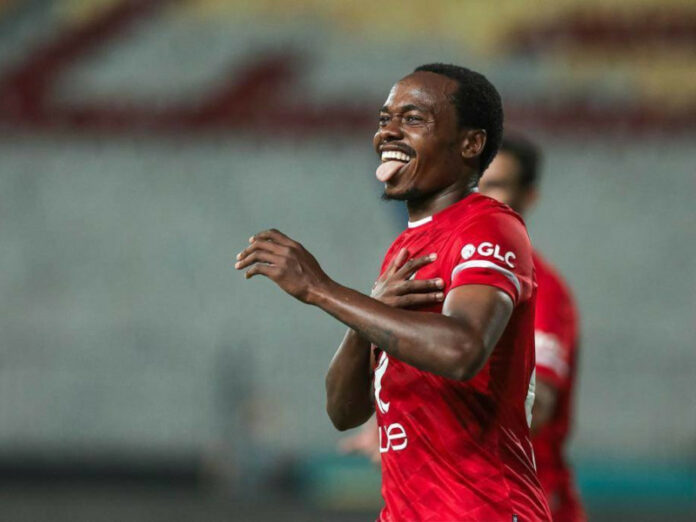 Al Ahly are just one match away from reaching yet another CAF Champions League final after thumping El Satif 4-0 in the first leg of the semi-finals on Saturday night.

Percy Tau was the hero of the night after scoring two goals and providing assists for both Taher Mohamed Taher and Mohamed Sherif.

The South African gave the Red Devils the lead in the 30th minute when he headed in what looked like a difficult scoring opportunity.

Up to that point, the Algerian outfit looked like a match for Al Ahly but their chances were squandered by poor finishing. The home side took control in the second half, paving the way for Tau to decorate the proceedings.

Early in the second half the former Brighton marksman fed turned provider for Taher to make it 2-0 in the 54th minute, and again for Sherif 15 minutes later.

Tau polished off a wonderful performance with a last-gasp goal to earn himself a well-deserved brace, his first ever in the competition.

Al Ahly now have one foot in the final, where they will likely face Wydad. The Moroccan side got a significant advantage over Angolan outfit Petro de Luanda in the opposite semi-final fixture, beating them 3-1 away from home.