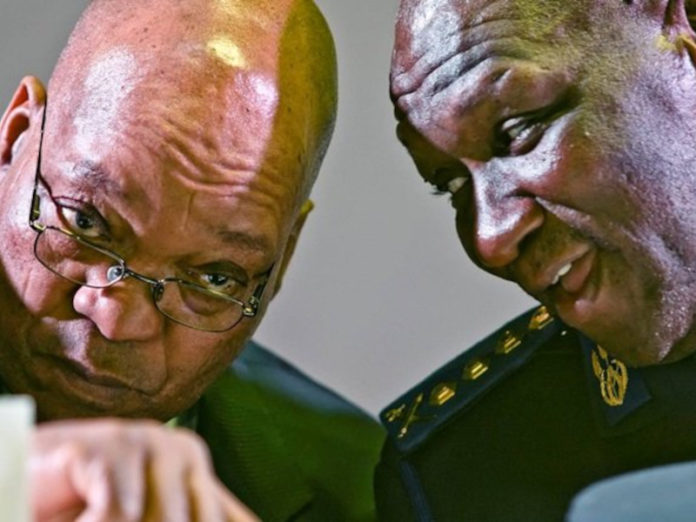 For many years Jacob Zuma and Bheki Cele were close allies. Cele was Zuma’s loudest praise singer – but that was before the then president dropped the axe on the then police commissioner.

While this is a historical moment for South Africa, Cele would also be happy to see the man who once sat in the powerful presidential seat in the Union Building being thrown to jail.

Zuma fired Cele after Cele was accused of corruption – after Cele had supported him in his spectacular rise to the ANC presidency in 2007 and that of the country two years later in 2009.

Cele left the civil service a bitter man, feeling betrayed by Zuma, the man who once commanded him in the ANC underground structures.

Zuma tried to soften up Cele with the position of deputy minister of Agriculture, Forestry and Fisheries in 2014. Cele would have none of it and began speaking out against Zuma’s presidency, especially his relationship with the controversial Gupta family.

In 2017, Cele was among the senior ANC members who had openly campaigned for Cyril Ramaphosa to be elected as ANC president, tearing the all-important KZN votes apart.

Zuma was sentenced to 15 months in prison for refusing to appear at the state capture commission of inquiry chaired by Judge Raymond Zondo.