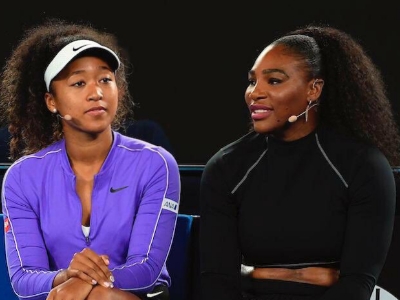 Once again much has been made of Serena Williams’ quest to beat Margaret Court’s record of 24 major singles titles – and once again she has stumbled with that elusive dream shining like a beacon, but out of reach.

On this day, at the semi-finals of the Australian Open at Melbourne, Australia, Naomi Osaka, 23, was unquestionably the better player. She beat Williams, 39, in straight sets, hitting 20 winners to Williams’ 12, but the contest, though hard-fought, was played in good spirit – something that can’t always be said about Williams.

While Osaka faces Jennifer Brady in the final, Williams is out of the tournament. But if she was that way inclined, she could count this day as a different kind of victory – another victory that has eluded her for much of her professional career. Williams, who has in the past been criticised (not always unfairly) particularly for her on-court behaviour, walked off the court to a standing ovation from the appreciative crowd and she responded with a wave and her hand on her heart.

Whether Williams still has it in her to win a Grand Slam remains to be seen, but in many other ways, she has attained a higher level.