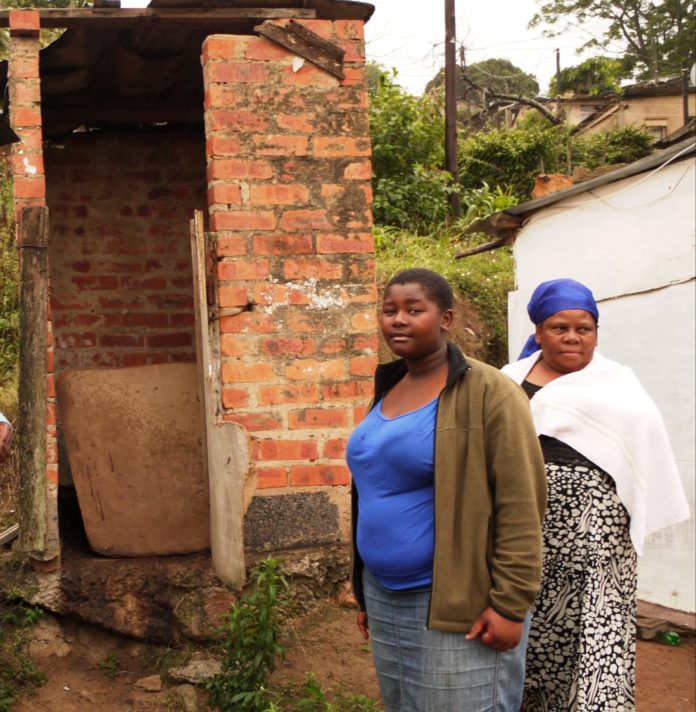 It’s been more than six years, and still about 30 families from Ezankawini informal settlement in Umlazi Q section are using one pit toilet.

The residents told Scrolla.Africa they can’t wait any longer for proper toilets to be built.

Emily Mkhize, 58, said, “I’m too old to walk to that filthy toilet. We plead with the government to build proper toilets for us. We have been waiting for too long.”

She said it is always unhealthy for so many people to use the same toilet, but it is worse now with Covid-19.

“Government preaches that we need to be hygienic, but the same government has allowed us to use one toilet for more than six years,” said Mkhize.

Mkhize said she was among the first people to build a house in the informal settlement more than 15 years ago.

Another resident, Sibongile Ngcobo, 56, told Scrolla.Africa: “That toilet is dangerous. I’m scared to go out at night. We find ourselves in a very difficult position and no one seems to care about us.”

The residents said they inherited the toilet from a construction company which had built it for its employees who used it while working in the area.

Before this, the residents used to relieve themselves in plastics and in the nearby bush.

Ward councillor, Nomthandazo Shabalala said she was aware of the plight of Ezankawini shack-dwellers.

“I forwarded all the concerns of residents, especially the lack of proper sanitation, to the municipality. Like them, I am also waiting for the provincial government to intervene.”

eThekwini municipality said it would investigate the matter.