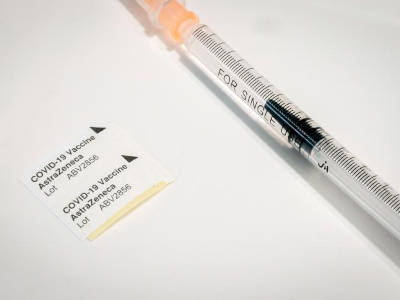 South Africa’s 1.5 million doses of the Astrazeneca vaccine currently sit unused in their storage units – and are at risk of going down the plughole.

They’re awaiting shipment to countries within the African Union.

But their expiration date is fast approaching, and they are at risk of going unused.

So both South Africans, and other Africans, risk not benefitting from them.

Just two days after the vaccines arrived in the country in early February, the government decided to stop the rollout.

The decision was made after studies suggested that the vaccine only had an efficacy rate of 10% against the dominant strain of the virus in South Africa, providing little protection against moderate to mild illness.

What wasn’t taken into account was the vaccine’s ability to prevent severe illness or death.

There’s been no further research on the effectiveness of the vaccine at preventing severe illness. But of the 2,000 people who took part in the study, not a single one died or was hospitalised.

He has argued that it could be used strategically among high-risk groups to prevent people dying and from hospitals becoming overwhelmed.

Now, they may not be used by anyone at all, as they are at risk of expiring.

Prof Madhi said, “the vaccine is simply being, in a way, abandoned.”

He said the country needs to recalibrate its understanding of what first generation vaccines are able to do.

While some might have weaknesses, they can still prevent people from getting seriously ill and dying. So they are far better than nothing.

After the government decided to scrap the use of the Astrazeneca vaccine, it attempted to send them back to the Serum Institute of India (SII). After this didn’t work, they sold them to the African Union.