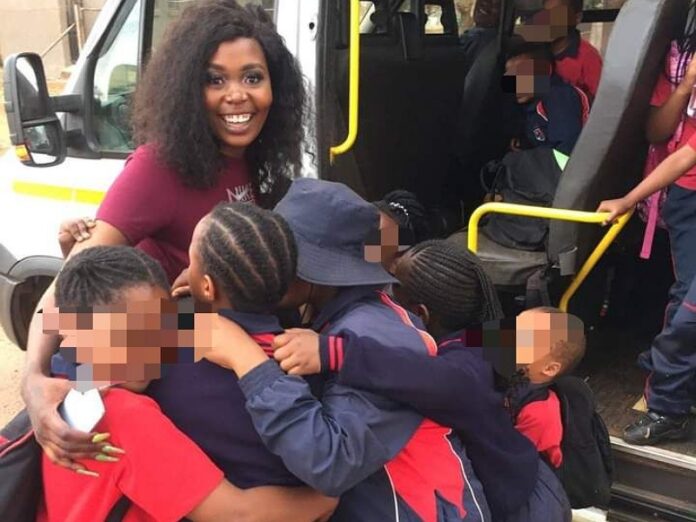 Queen Minaj is known to her followers on Twitter for not being scared to expose flesh.

She bares her bum to entertain all her followers.

But the self-proclaimed queen of nudity might have taken it too far.

On Thursday, she angered social media users when she posted pictures of herself with schoolchildren from Prep and College (PEPPS) in Polokwane still in their school uniform.

In the picture she is seen with her bum and G-string out.

Although she said the children asked for a pic with her, parents and social media users think she crossed a line.

She said she met the children after school and that she decided to take a pic with them because they asked.

“I’m a friendly person and the kids were nice and I wasn’t gonna feel good about myself if I turned them down,” she said.

She said in future she will not take pictures with minors because it doesn’t sit well with adults.

“I will kindly turn the kids down for the sake of peace. I have a good relationship with my followers and I don’t want it to change,” she said.

PEPPS released a memo to parents expressing shock at the pictures.

“An opportunist took photos with our learners without the parents or our permission and she posted the photo publicly. This is unfortunate and inappropriate, she is in no way connected to Pepps and we have reported the photo to Facebook and we shall follow up this matter.”

“They’re now brave and want to recruit kids. That is abuse and public indecency. Authorities need to act before she goes further,” he said.