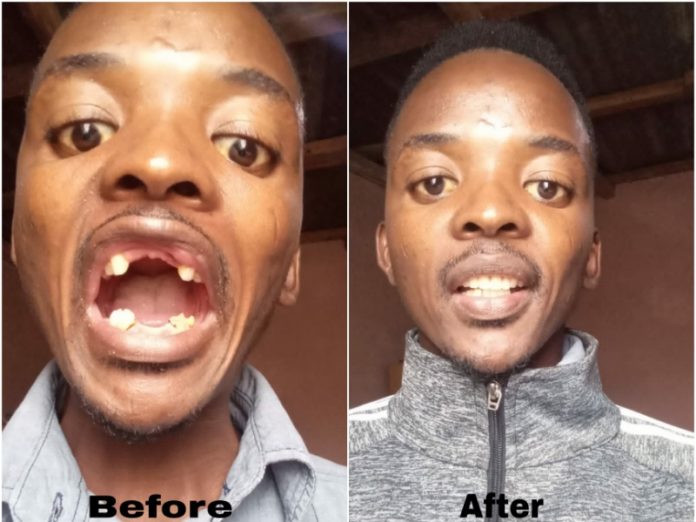 Four times, Ntuthuko Zuma has tried to commit suicide, but that’s all in the past.

Today, Ntuthuko can smile without being laughed at for having rotten teeth.

Instead he has a bright smile on his face, he’s got a new lease on life and he’s put his depression behind him.

Ungazibulali Awareness Campaign teamed up with famous gospel artist, Hlengiwe Mhlaba to raise R93,000 to get Ntuthuko a new set of dentures.

Hlengiwe said since the pandemic hit, Ungazibulali (which means Don’t Kill Yourself) has been working to treat people suffering from depression.

When she heard Ntuthuko’s story she wanted to help him too before he succeeded with a suicide attempt.

Hlengiwe, an award-winning artist, urgently contacted a number of dentists to treat Ntuthuko whose latest attempt to take his own life was only last week.

Dr Mohamed Amod from Crown Dental Studios in Durban responded to the call and said he was eager to help the Pietermaritzburg man.

“Dr Mohamed and his team performed the surgery on Monday,” said Hlengiwe.

“Ntuthuko has a reason to smile again.”

Hlengiwe said the campaign is seeking donations and she plans to go on a national tour with them to raise funds to save lives.