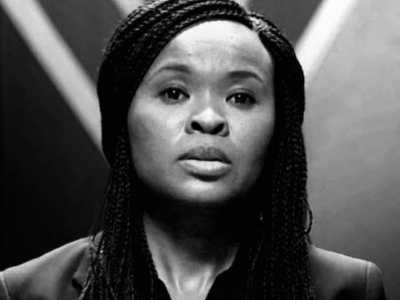 According to the forensic personnel on the scene, Noxolo Maqashalala’s body was only recovered a week after she had passed away in her home on 12 March, aged 44.

While the family of the late actress faced criticism from the public, family spokesperson Pastor Kabo Nyikiza said sometimes two weeks would go by without them hearing from her.

“When she was working she was usually busy,” he said.

He said they became concerned after she had not answered her phone for a week.

“Her brother sent someone to check on her because she wasn’t answering her phone but unfortunately, they couldn’t go inside because the security guard didn’t let them in,” Nyikiza said.

“The security guard first checks with the resident and if the resident doesn’t answer, the visitor won’t be let in.”

The cause of death has been described as natural causes as per the post mortem results and Nyikiza confirmed this.

“Noxolo died of natural causes. Nothing else,” said Nyikiza.

The former Diamond City actress will be laid to rest in KwaBacha in the Eastern Cape on 19 March with her memorial service taking place on 24 March at the Market Theatre.