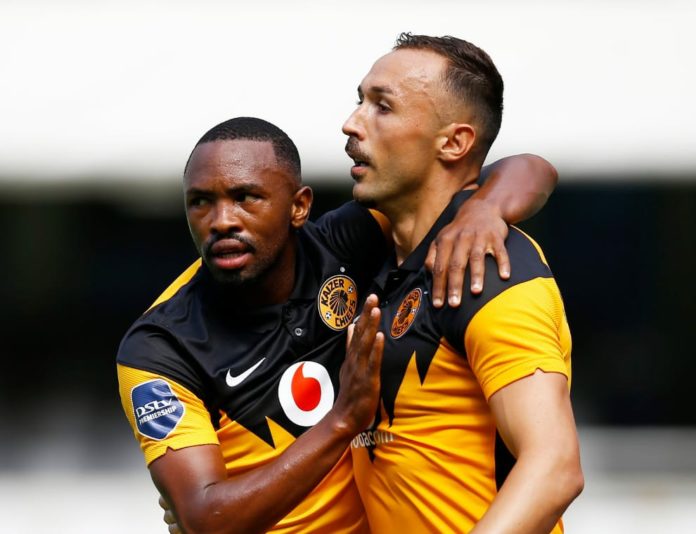 Kaizer Chiefs star striker Samir “Kokota ” Nurkovic said it was important for them to win against struggling Tshakhuma Tsha Madzivhandila on Tuesday as Amakhosi rise out of the ashes.

Since his return from a four-month injury lay off early this month, the Chiefs players have started to believe in themselves again.

“Right now we really don’t have time to think about our opponents. We need to focus on ourselves and our game. We need to continue our good fighting spirit and give our supporters what we gave them in our last two games,” Nurkovic said.

Nurkovic scored his first goal of the season last Wednesday against AmaZulu and on Saturday he was also instrumental in Amakhosi’s win when they beat Cape Town City. Nurkovic assisted Happy Mashiane who scored a winning goal for Chiefs.

The striker is also expected to play a crucial role on Tuesday as Chiefs go looking for their first win at home against struggling Tshakhuma Tsha Madzivhandila.

“I haven’t had a chance to view their games. The one thing in my mind is where my teammate and I can do better in the coming game,” said Nurkovic.

Chiefs’ win on Saturday was their third victory on the road this season. They are yet to win at home but they will fancy their chances against troubled Tshakhuma at FNB Stadium.

Coach Gavin Hunt said they need to change their disastrous record at home.

“On Tuesday we need to turn the corner and start winning at home,” he said.

Chiefs have collected only three points at home from 15 starts.

In other DStv Premiership news, Mamelodi Sundowns won the Premiership Q-Innovation Quarter One. After the first eight league matches both Sundowns and second placed Swallows finished on 18 points each but Downs enjoyed a superior goal difference and were crowned Q1 winners.

Tomorrow Downs will be in action against Bloemfontein Celtic at Lucas Moripe Stadium at 5pm.