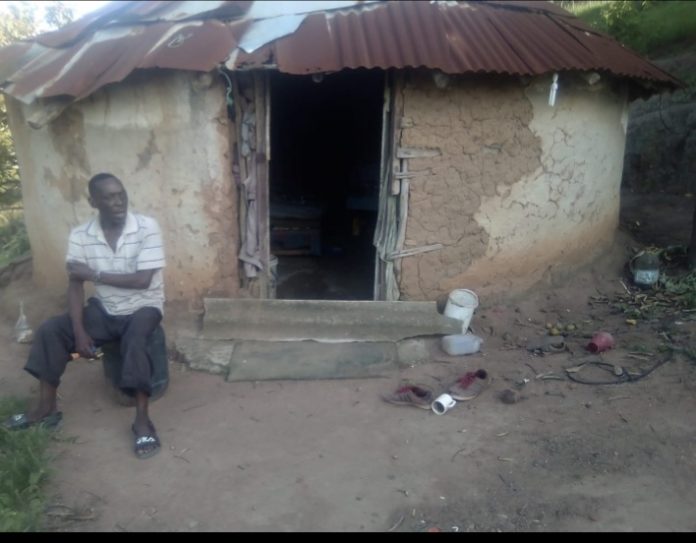 As the ANC celebrates its 109th birthday, a 70-year-old KwaZulu-Natal party liberation activist says there’s nothing to celebrate for him in his crumbling mud-house.

Mtshingeni Makhoba, from Ndwedwe north of Durban, lashed out at the ruling party, saying it has failed to keep its promises.

“I don’t want money from the ANC government, but I want the basic things that other people have. I want a house and running water. Without these things, there’s nothing to be happy for me. They can celebrate alone.”

Makhoba said he ducked and dodged bullets during the politically-fuelled clashes between the IFP and ANC in KZN in the late ‘80s.

“We risked our lives for this democracy, but our party is spitting in our faces. No one cares about us. They only care about enriching themselves and their families.”

Ndwedwe, where KZN Premier Sihle Zikalala hails from was once a hotspot for political violence before democracy.

Makhoba, who stays alone, said he thought his life would change at the dawn of democracy 1994.

“Little did I know that 26 years after democracy, I would be living in a crumbling house and frequently went to bed with nothing in my stomach. I’ll never forgive the ANC for what it has done to me.”

He said he could not afford to build his own house with the old-age pension grant.

As the party readied itself for this year’s local government elections, Makhoba said the ANC’s support would continue to dwindle.

He described the ANC, the party he once loved, as “the party of thieves.”

Makhoba’s neighbour, Themba Khumalo, said his plight is an indictment of the ANC government.

“All of us here know the sacrifices he made during the struggle. To see him like this is painful.”

Provincial ANC spokesperson Nhlakanipho Ntombela said, “There’s nothing that says that because you fought in the struggle, you must then be prioritised.”