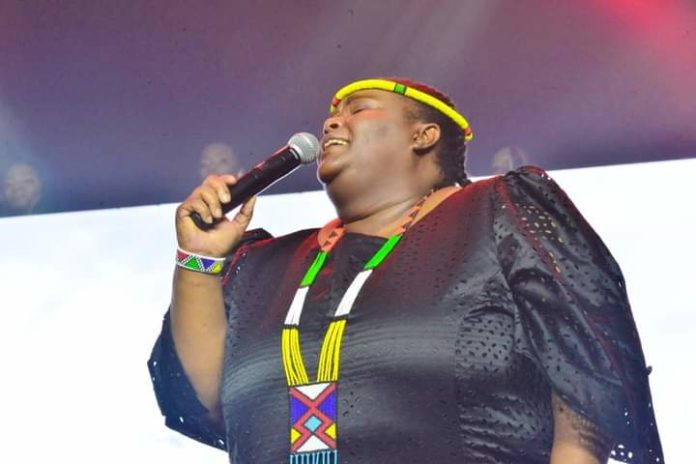 Gospel star Hlengiwe Mhlaba has survived her “death by social media” and she is very much alive.

Social media was buzzing after someone started spreading the rumour that Hlengiwe had died on Saturday night and her fans started sending condolences only to find out later that she was still alive.

“When I saw the claims about Hlengiwe’s death, I immediately called her,” said Zanele.

“I was relieved when she answered her phone. She told me that she is fine and she has been receiving calls from people who were shocked about the claims.”

Zanele went on social media to confirm that Hlengiwe was still alive.

Hlengiwe also indicated on her Instagram page that she was still very much alive and healthy.

“This weekend was very hectic for me. I really don’t know who came out with the message that I had passed away,” she wrote.

She further pleaded with people to be sensitive when it comes to death because families are affected.

“Let’s please be sensitive to the families and close friends. They are the ones that go through the most. Let us be mindful of those families before going on social media. I am very much alive,” she said.

The claims of Hlengiwe’s passing was shocking as the industry has been losing many talented musicians because of the coronavirus.