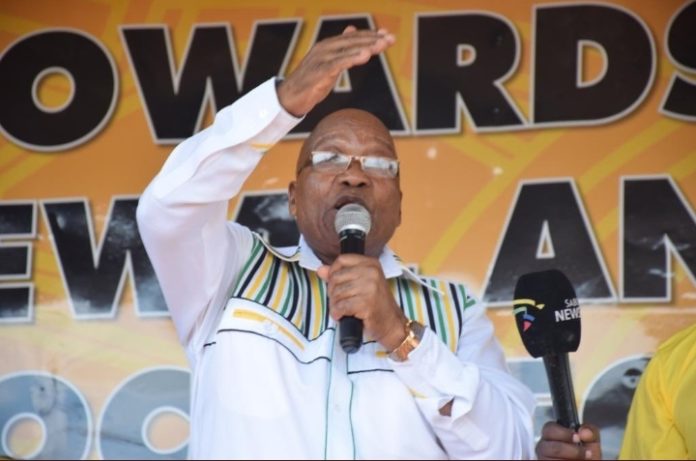 During a community meeting on Monday evening at Mnyakanya high school in Nkandla, just a stone’s throw away from Jacob Zuma’s lavish house, the home village of the former president has taken the side of the deputy chief justice.

Initially, the meeting was to discuss service delivery in Nkandla, but resident Mduduzi Ngcobo veered off and attacked his homeboy Zuma over what he called his disregard for the Constitution.

Ngcobo spoke to Scrolla.Africa after the meeting.

“We can’t allow a situation where individuals want to act as if they’re above the law. He must follow the due processes of the law and clear his name if he is innocent,” he said.

Ngcobo is a staunch IFP member who snatched away Nkandla from the ANC during the recent by-elections.

“All that we are saying is that everyone, including Zuma, is equal before the law. The public spat between [former president] Zuma and [Judge Ramond] Zondo is uncalled for.”

“We love Zuma, but what he is doing now doesn’t reflect well on him. If he is innocent he must present himself and allow the system to clear him.”

“I heard about that meeting. Those people are entitled to their views. But what I know is that my brother is innocent.”

Zuma and his legal team walked out of the Zondo commission during a tea-break last week without getting permission from the commission chairman. This was after Zondo had quashed Zuma’s application for his recusal as chairperson of the inquiry.

In retaliation, Zondo instructed the commission’s secretary to report Zuma to the police and the NPA and have him charged for contempt of court.