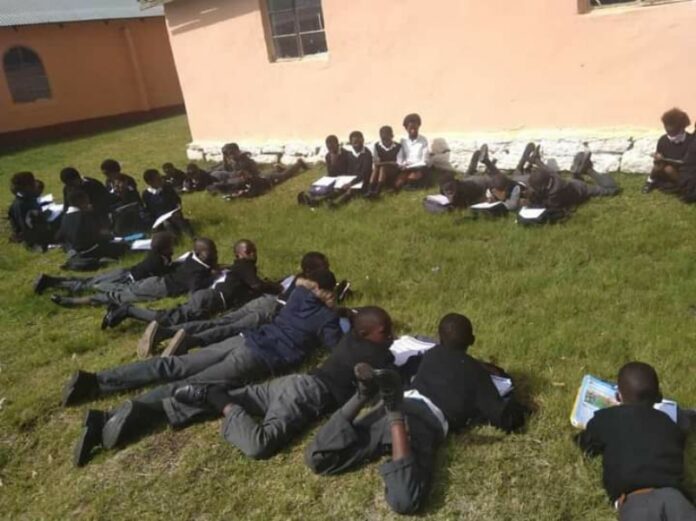 Zwelakhe Senior Secondary School in Ntabankulu has no money, no piped water and no flush toilets.

But the school is a star performer.

Last year it achieved a 98% matric pass rate for its more than 250 matric learners!

The star students at the school have now had to deal with more than just terrible facilities.

An evening study session last Thursday made them sitting ducks for thugs on the prowl.

While the students were hard at work on their studies, the thugs struck.

They held up two security guards and robbed them of their cellphones before breaking into a computer lab. There they stole nine computers and cellphones off some of the students.

Principal Mr Dandala said his students were left traumatised and some scheduled exams for the lower classes were postponed for a day.

“We unfortunately have not received any counselling from outside or from the government. But as the principal, I called the students and told them not to be discouraged but continue to work hard and study hard. This is a major drawback to us being a rural school because we are trying to get into the digital age,” said Dandala.

Meanwhile, not far from the school, in Mthatha, a contractor who won a tender to build toilets at Xhwili Junior Secondary Schools has locked classrooms and gates to the school. He says the government has not paid him.

Stranded teachers and learners have been using the local church for classes until the matter is resolved.

The learners are often seen lying out in the sun (pictured above) studying while others are inside the church writing exams.

Imo Mamthimkhulu of Lukhwethu Village said the lockout dates back to 8 November when the learners had to use the local church to write exams.

“The way I see it, the community is going to get tired and go there and break the chains. This situation has become unbearable now because the children could get sick.”