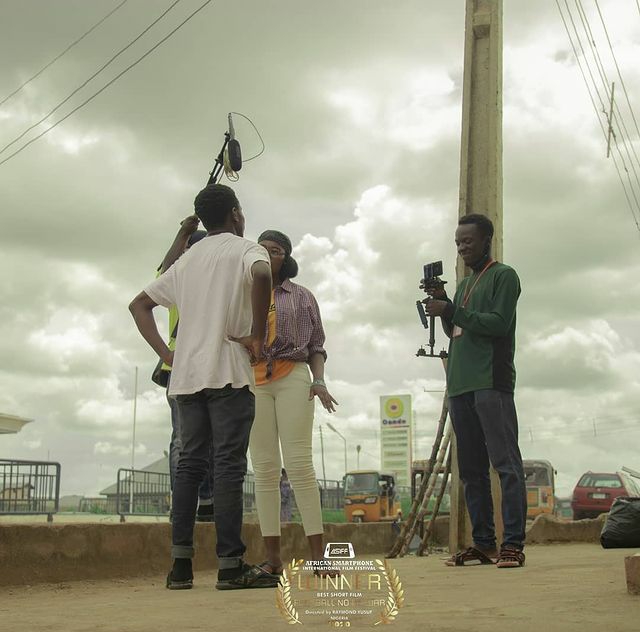 A group of young filmmakers in Nigeria have captured the attention of Hollywood producers for their short homemade sci-fi epics.

The Critics Company, made up of mainly siblings and cousins ranging in age from 7 to 27, use only their smartphones to film their action movies.

Their films are notable for their creative use of visual effects, or VFX, which usually cost filmmakers millions to produce.

The Critics’ story began in 2016, when the young filmmakers made their first film, “Redemption,” after saving up for a month to buy the green fabric needed to create their own greenscreens.

Fast forward to 2021, their 20-film catalogue is packed with flicks about zombie apocalypses, robots, aliens and superpowers. They have even made a Star Wars spinoff with pink lightsabers.

Raymond Yusuff, 18, the group’s VFX artist and editor, told CNN that each member of the Critics takes on a different role.

“The girls (Rejoice, Rachael and Rachael, ages 14, 9 and 7) are actors, but some of them are beginning to express interest in filmmaking. Godwin (age 20) is the director and writer. Ronald (16) makes our props; Victor (16) is our lights guy. Lawson (18) is our sound man, Richard (15) is our continuity guy,” Yusuff says.

Ridwan Adeniyi, 27, is the manager of the group, who are all from Kaduna in Northern Nigeria.

In August 2019, the Company caught the attention of American film executives including Franklin Leonard, Scott Myers, and J.J. Abrams, director of Hollywood blockbusters such as Star Wars: The Rise of Skywalker,  after one of their interview clips went viral.

Leonard and Abrams were so impressed by the resourceful young filmmakers that they sent them a large shipment of film equipment, including high-end cameras, gaming PCs, monitors and stabilizers.

In an interview, Abrams told the Hollywood Reporter last September that “Getting them some additional gear was just adding fuel to their awesome fire.”