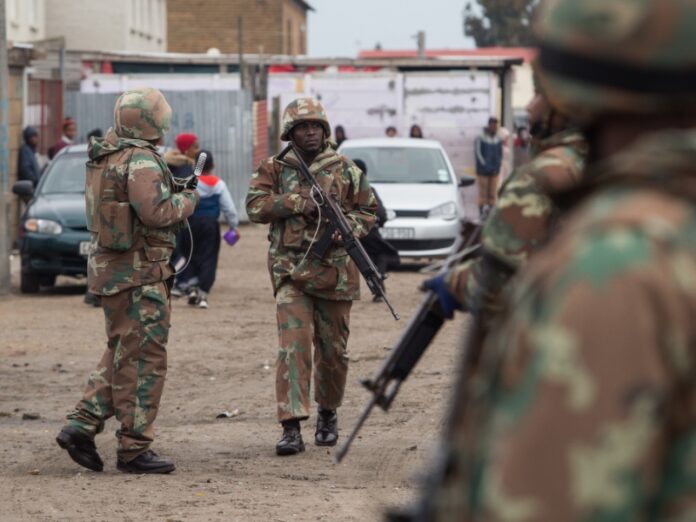 The South African National Defence Force (SANDF) has revealed that they can’t afford to put up a fence around a military base in the Eastern Cape.

This comes after it was revealed last week that they could no longer afford boots for soldiers, but the financial troubles of the SANDF go much deeper than that.

A growing civilian threat has raised questions whether the army can protect not only their own bases, but the rest of South Africa as well.

The Special Forces School in Pretoria is allegedly under attack from shack dwellers who have stolen their electricity cables and illegally connected to the school’s water pipes.

A military base in Makhanda in the Eastern Cape has been left without fencing due to theft in the area – fencing the army cannot afford to replace.

Residents have reportedly broken into the South African Infantry Battalion in Makhanda and stolen hand grenades as well as other weapons, according to Guy Martin, Defence Web editor.

“The SANDF is so short-funded, budget cuts are seeing them struggle to maintain things like the fences around their own units, as in Makhanda, and just to maintain and service equipment,” Martin told CapeTalk.

“It doesn’t inspire much confidence in the defence force if it can’t even protect its own perimeter fence.”

Martin said the fence at the Makhanda base has literally been taken away without any consequence.

“This opens up not only the base to people coming in and stealing more equipment and items but it is also a security risk from the point of view of those living in the area,” he said.

The South African National Defence Union said that budget cuts are restricting the army from fulfilling their services.

“If one does not maintain and have adequate funds to get your aircraft parts, your tank parts, your vehicle parts, etc, from wherever you need it or to manufacture it yourself then your defence force can feel it,” the union’s Pikkie Greeff said.