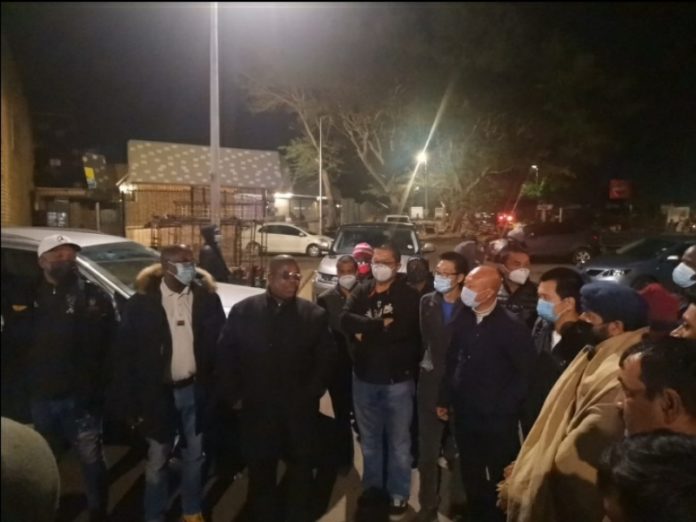 In 1879, Ulundi, once the capital of KwaZulu-Natal, was burnt to the ground by British soldiers.

Community leader Diliza Mlambo was among the people who spent day and night patrolling Ulundi.

He said that they decided they wouldn’t allow Ulundi to be invaded again under the watchful eye of its current residents.

“In 1879, the British Army invaded Ulundi and burnt down the Royal Palace of King Cetshwayo. They did that because we were not there. So we can not allow that to happen again while we are still alive. That is why we decided to make sure that no one will ever dare to come here and loot then burn our shopping centre,” he said.

Last week, looters coming into Ulundi from other areas were caught by the patrollers after they tried to break into the town’s liquor store.

They pleaded for forgiveness and revealed that they were planning to burn down the shopping centre as part of the protests.

Mlambo also said that they vigilantly protected the town’s shopping centre because their families worked there.

After the January 1879 battle of Isandlwane, where the British army was beaten by the Zulu army, the British marched on Ulundi, attacking the Ondini Palace of King Cetshwayo.

They burnt down the whole Zulu Capital, including the kraals, and then managed to defeat the Zulu army at the Battle of Ulundi on 4 July 1879.

In 2004, Ulundi was stripped of the status of being the capital city of KwaZulu-Natal, following the ANC’s defeat of the IFP in a provincial election.

The Provincial Legislature was then moved from Ondini in Ulundi to the old buildings of the then-British Parliament in Pietermaritzburg.