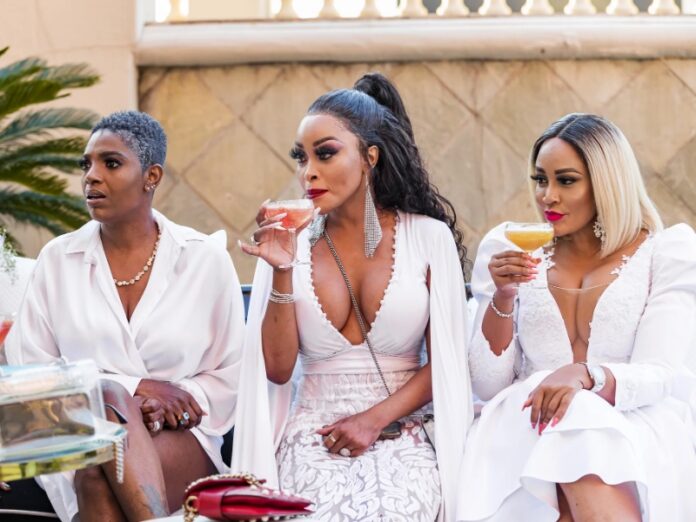 Netflix’s first ever unscripted African reality series has hit our screens, and Mzansi can’t get enough of it

All seven episodes of Young, Famous & African were released on the platform last Friday.

The juicy reality show has given the nation’s social media users something to chew on, as they dive into the lives of “biggest and baddest personalities” from Mzansi, Tanzania, Nigeria and Uganda.

We’re shown a window into the lives of the stars of the show as they lead their glamorous “love lives, feuds and demanding careers in the city of bling,” Johannesburg.

As the designated drama queen, Khanyi Mbau has been the most talked about star of the show on social media.

Most notably, she has sparked a discussion amongst African women over her skin tone, which she revealed to have had bleached to have “the most preferred” light skin.

But in the show, Khanyi meets her match and sparks up a rivalry with someone who is in fact exactly like her: the rich, famous and controversial Zari “The Bosslady” Hassan.

Zari is a Ugandan businesswoman and CEO of the Brooklyn City College and is also the ex-lover and baby mama of fellow cast member on the show,  Tanzanian musician Diamond Platnumz.