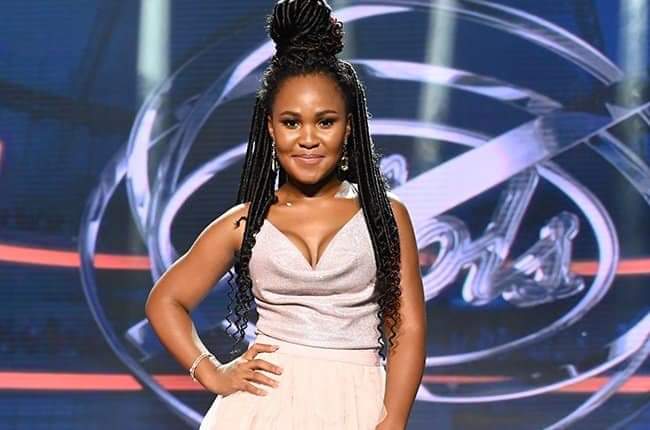 As a schoolgirl, Zama Khumalo saw herself as a doctor in a white gown with a stethoscope around her neck.

But Idols came along and all those images disappeared.

Now the 18-year-old singer from Emalahleni in Mpumalanga wants to study music and nothing else. She wants to take on the world stage with her versatile voice.

“After finishing school in 2018 I took a gap year because I wasn’t sure what I wanted to study. Then my friend and my father encouraged me to go to the Idols auditions,” Zama told Scrolla.Africa.

She said she had zero interest because she tried auditioning the previous year for Season 15 but she didn’t even make it to the TV auditions.

“I was disappointed and I believed that Idols wasn’t for me. But my father and my friend kept pushing. I ended up agreeing to do auditions because of them,” she said.

Zama was surprised when she made it to the TV auditions but thought she would be sent packing in theatre week.

“Going to the Idols finals was not even in the picture,” she said.

Zama said making it to the top 16 was like a dream.

“Then I sat down and realised I was born to be a singer.”

She is planning on going into the studio and start cooking up a full album.

“I don’t want to choose a single genre because I believe I’m versatile enough to do anything. I want to keep on surprising my fans,” she said.