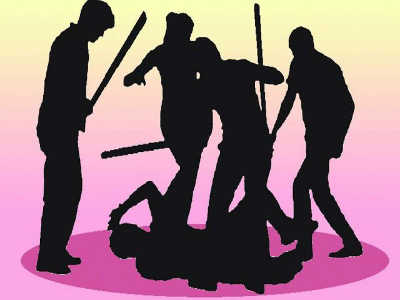 Eighteen-year-old Nontobeko Mtshali was beaten to death with a hammer and sticks in front of her siblings and her mother – allegedly for stealing a cell phone.

The night of heavy drinking at her neighbour’s house in Empangeni, KZN, ended when a cell phone disappeared and four men accused the teenager of the theft.

The four suspects, who are known to her family, followed Nontobeko to her home, where they allegedly started beating her in front of her siblings.

Her mother, Zethu Nkwanyana, watched helplessly as her daughter took her last breath.

“They continued to beat her even though she was crying for mercy. They were shouting ‘where is our phone?’ Those boys are heartless,” she said.

They continued to hit her even after she gave them the phone.

Nkwanyana said her daughter told the suspects she kept the phone because the owner was drunk and said she was not stealing it.

The alleged killers appeared at the Empangeni Magistrate’s Court on Tuesday, and the case was postponed to 22 April.

Nkwanyana described Nontobeko as a loving and caring daughter.

Hundreds of residents gathered outside the court on Tuesday in support of the grieving family.

Resident Thabani Ngcobo said: “We want these boys to get the harshest sentence for the pain they caused the family.”

Ward Councillor Sipho Ntombela said it was painful that women continued to be killed despite many campaigns to fight gender based violence.

“We need to do more to educate men that women are not objects,” he said.

He said they would do everything they can to see the killers behind bars.