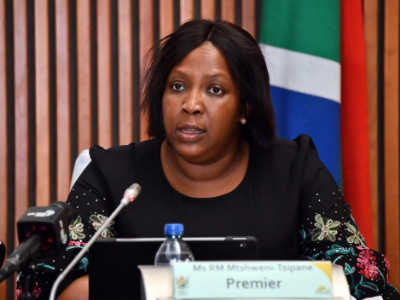 Allegations have been made that the fired quartet are David Mabuza loyalists, and were part of the cartel that opposed Tsipane and eventually led to her decision to withdraw from the ANC chairperson race.

The reshuffle confirms that faction fights are intensifying in the ANC in Mpumalanga, with some politicians opposing the premier and understood to be working hard to throw Tsipane out of office.

Last week after her withdrawal from the Mpumalanga chairperson race, there were reports about Tsipane’s decision to reshuffle her cabinet to silence her critics and members of her cabinet who were applying pressure for her immediate withdrawal from political ascendency in the party.

The premier nonetheless mentioned that the changes in cabinet were in the spirit of optimising their effectiveness and ensuring that better services are delivered to the people of Mpumalanga.

When Scrolla.Africa asked Banele Masheleni, ANCYL Nkangala region spokesperson about the premier’s withdrawal from the ANC chairperson’s post, he said: “Unfortunately I am not in a position to comment if she withdrew or not. Neither am I supporting her to lead the Province as Chairperson of the ANC.”

He did, however, say that he supported her to lead the government.

“I believe she has more experience in governance,”’ he said.