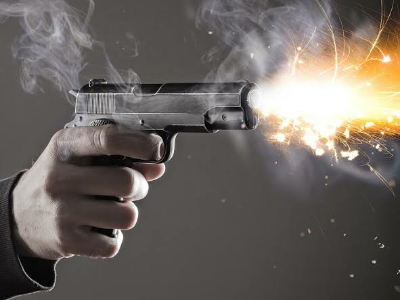 Ottard Klingenberg, one of the five men charged with the double murder of the Coka brothers, has admitted to shooting one of them.

In an affidavit submitted by his lawyer to the Piet Reitief magistrate, the 53 year old said one of the deceased shot in the direction of his son.

Then, in self defence, he fired the shot that killed one of the brothers.

Klingenberg told the court he and other farmers received a call for help at Pampoenkraal Farm via Whatsapp.

He and his son found a farmer called Potgieter being assaulted by a group of people he believed had invaded his farm.

Klingenberg submitted that a verbal confrontation between the Coka brothers and farm workers ensued and he left the farm only to be told that the invaders had become aggressive.

Upon his return, Klingenberg says that one of the Coka brothers was waving a gun and he heard a shot being fired but he did not see where it came from.

At this point, Klingenberg fired the shot that killed one of the brothers.

The bail application hearing was postponed to 26 April for cross examination of the investigating officer.

Meanwhile, tensions were high outside the court where the community of Mkhondo picketed. They demanded a speedy finalisation of other cases in Mpumalanga courts which affect farming communities.

Chairperson of Mkhondo Justice for Economic Development, Treasure Thabede, said: “We are concerned with the leniency in criminal cases against white farmers, particularly in Mkhondo. We have marched to the court from as far back as 2013.”