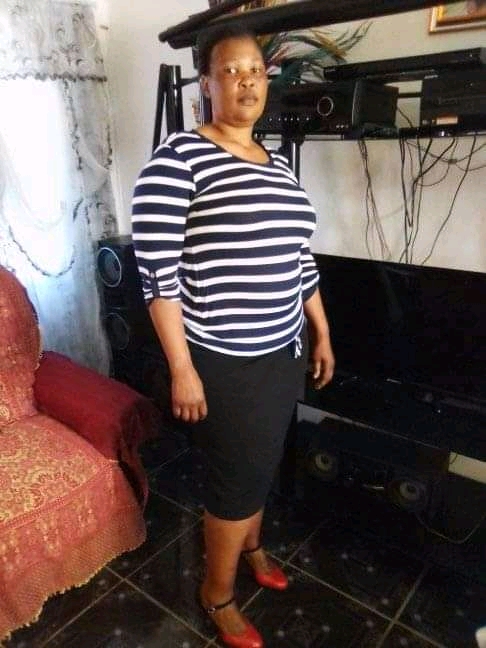 The hospital left her dead mother’s body to rot in a hospital bed for four days and Ntombizethu Sonwabo, 21, is furious.

Ntombizethu, the only child of 41-year-old Thandazwa Sonwabo from Luthando township in Addo, Eastern Cape said her mother was admitted to the Sunday’s Valley Provincial Hospital in Kirkwood on 30 December after she complained of being in pain and she passed away the next day.

Ntombizethu said the hospital called her grandmother to tell her about Thandazwa’s death and told her to come and release the body to their undertaker in four days.

But, on the Monday, their undertaker refused to take the body saying it was in a bad state and that it had been left lying on the bed.

“Only my grandmother and aunt were allowed into the hospital and were given my mother’s clothes. They were stinking of rotten flesh. The hospital told them the body will only be viewed at the undertaker,” she said.

“But on the way home the undertaker called and said we should come and see the body. They were reluctant to take the body as they were worried we would blame them for the condition it was in,” Ntombizethu said.

“She won’t even get a dignified funeral. The undertaker said because of the decomposition the body had to go straight to the graveyard.

“We will sue the hospital for negligence and trauma,” Ntombizethu said.

“If the body was put in a mortuary fridge we would not have been in this situation. Now we have to borrow money to bury her quickly.”

Patrick Bayini, Sanco PEC member, said they have asked the family for permission to take the case in their hands so that the Department of Health can be held accountable.

“The undertaker has taken pictures of the body. He says it is full of maggots. This is unacceptable,” he said.

Eastern Cape Provincial Health spokesman Siyanda Manana said they are waiting for a report from the hospital in order to establish what really happened.

“Only then we will be able to launch an independent investigation. I can’t place a time for how long the report will take but it won’t be too long,” Manana said.