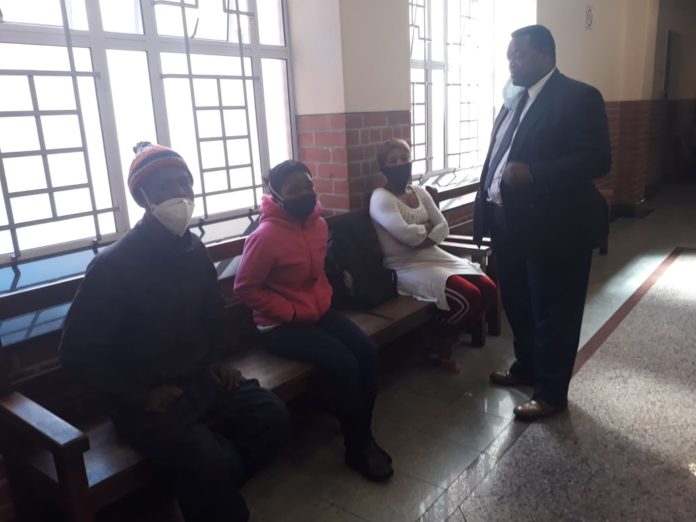 A mother who cut off the penis of a man who raped and killed her five-year-old daughter has spoken of the pain of seeing the man walking free.

Twenty-four-year-old Veronique Makwena has been charged with assault for cutting off the rapist’s penis.

Along with her sister-in-law, Noxolo Maneli, and a family friend, Siyabonga Pakade, Veronique nabbed a suspect who allegedly raped and killed her daughter Chantelle in August 2019.

Veronique is facing possible jail time – while dealing with the trauma of losing her firstborn daughter who was raped and killed by a man they know.

The three were arrested and charged with assault after cutting off the penis of the alleged suspect. They were later released on R500 bail each.

Veronique and her two accomplices appeared in the Port Elizabeth magistrates court on Wednesday. Their case was postponed to 19 January 2021.

Veronique said she fails to understand why the state wants to jail her instead of offering her professional help like trauma counselling after losing her only daughter.

“I am still in shock that the daughter is no more. It pains me to see other children of her age playing. It reminds me of my Chantelle,” she told Scrolla.Africa.

She said the pain is worse when she walks around and sees the alleged killer walking free in her community.

“It affects me physically and emotionally that I am facing trial instead of the killer being the one getting arrested. It’s a year now since my daughter was brutally murdered.

The unemployed Veronique says she stays with her sister as she cannot afford a place of her own.

Little Chantelle was found raped and murdered last August. Her body was found slumped in a toilet a day after she went missing.