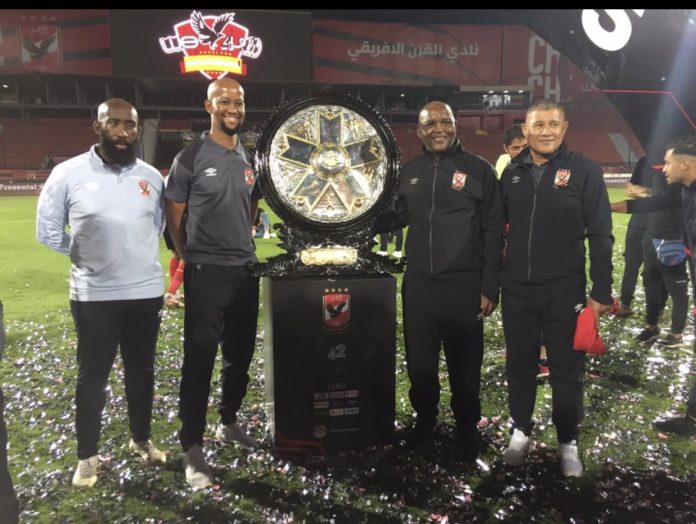 The 56-year-old Mosimane coaches Al Ahly whose troops will battle arch-rivals Zamelek on Friday night in the final of the African continent’s biggest competition.

It is the first time the two Egyptian giants will meet in the CAF Champions League.

The finals were supposed to be played earlier in the year but were delayed due to Covid-19.

In 2016, Jingles, as Mosimane is affectionately known in football circles, guided Mamelodi Sundowns to their first-ever African glory. He was then crowned the 2017 African coach of the year.

It came as a shock to many Brazilian fans that their adored mentor, who guided ‘Downs’ to the treble crown, resigned as a head coach earlier this year.

In less than 50 days after joining the Cairo giants, he won his first Egyptian Premier League title. When he arrived, the club were left with four more games to clinch the title and Jingles mentored them with aplomb without suffering a defeat.

Known for his love of African football, it won’t come as a surprise if he wins.