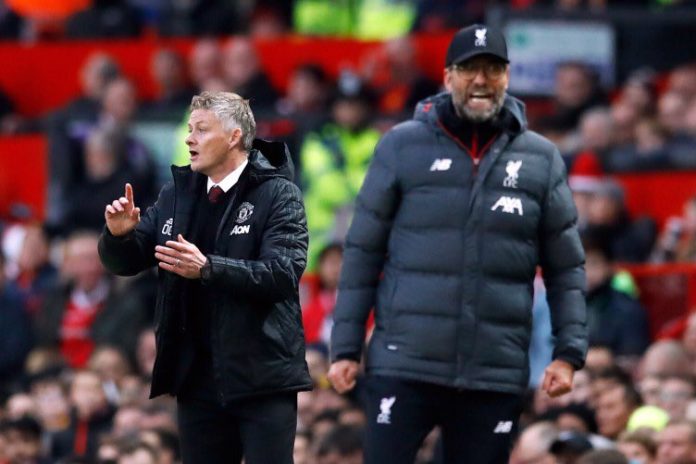 This is a vital match for both coaches who will be trying to outsmart each other to get much needed maximum points.

Most under pressure is Reds’ master tactician, Jurgen Klopp who can’t afford to lose this one. Not only are they playing at home, but if they lose they will be six points behind United.

Even Liverpool legendary striker Robbie Fowler admitted that pressure is on his former club this time around.

“It is massively important, particularly for Liverpool. They find themselves behind on the table and they don’t want to get further behind,” said Fowler on Sky Sports.

The Reds have not had a win in their last three League matches. Two weeks ago they lost 1-0 to Southampton. If they lose this it will lift Manchester City. The Citizens are in third place and one point behind Liverpool and they have a game in hand. If City win their match at home on Sunday against Crystal Palace they will be a serious contender in the title race.

On the other hand, the Red Devils are enjoying their best form so far this season, winning their last three matches.

United’s Ole Gunnar Solskjaer must be happy at the way his lads are responding to his tactics.