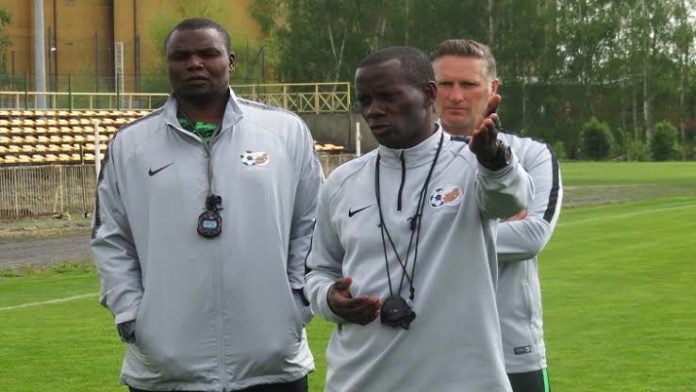 South Africa’s National U/20 team coach, Helman Mkhalele says he is deeply hurt following Amajita’s failure to qualify for the U/20 African Cup of Nations (Afcon) next year.

‘Midnight Express’ as Mkhalele was called in his heyday, says the players missed out on an opportunity to compete on the continental stage against the best teams.

He reckons this would have been a learning curve and good platform for the players to get exposure and improve while helping them as coaches acquire new tactics from their counterparts.

“It is hurting in a big way because we have created a culture with Amajita of ensuring that we qualify for any youth tournaments that comes our way, but this time around we fell short – we couldn’t qualify and it is a huge set-back,” Mkhalele told Robert Marawa on Marawa Sports Worldwide (MSW).

He says the young boys looked determined but their technical and tactical aspect was their biggest downfall in the COSAFA Cup.

Amajita needed to beat Mozambique on Tuesday in order to qualify but played to a goalless draw.

Mkhalele further blamed the impact of the coronavirus (Covid-19) arguing that it impacted their preparations going into the tournament but vowed to firmly work on the boys to perform better in the future.

“I believe that the players gave their all, but it was not enough. Our preparations were hugely impacted by Covid-19 because the junior teams were not given an opportunity to train and participate in high intense games before the tournament started and that really affected us,” he added.

Mkhalele says he was happy with the overall performance and believes that fans were a missing factor and if they were allowed at the stadiums, then the results could have been different.

He did not hide his desire to continue with his current role in order to ensure continuity.

However, it is up to the South African Football Association (SAFA) to make a final decision on his future.