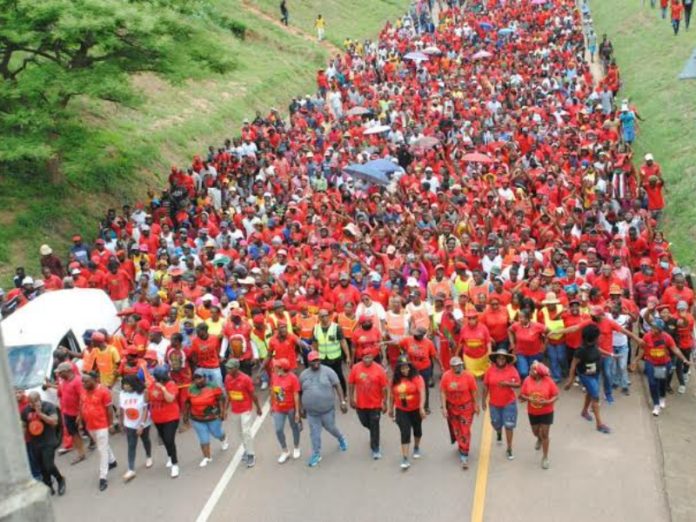 Police Minister Bheki Cele has warned EFF supporters who planned to join the march for Covid-19 vaccines on Friday to do so at their own peril.

“No one will be allowed to break the level 3 lockdown regulations,” Cele told Scrolla.Africa in a brief interview.

“We can’t allow this kind of negligence to go on unchallenged. We will be forced to arrest people who gather in large numbers.”

He called the march fully aware that the gathering of more than 100 people was not allowed under level 3 lockdown restrictions, as announced by President Cyril Ramaphosa last week.

During an interview with NewzRoom Afrika on Wednesday, Malema said no one would stop them from marching on Friday.

“There is no programme by our government to vaccinate our people. That is why we will go ahead with our planned protests,” he said.

Gauteng was officially in the third wave of infections, with 12,392 deaths and 10,800 confirmed cases in the last 24 hours.

It has been found that the gathering of a large crowd with no social distancing led to the transmission of Covid-19 from one person to the other.

David Makhura told the media yesterday that the province was battling to curb the spread of Covid-19.

“So, we cannot allow any negligence at this stage. It is time for us to unite and make sure that we defeat this pandemic.”