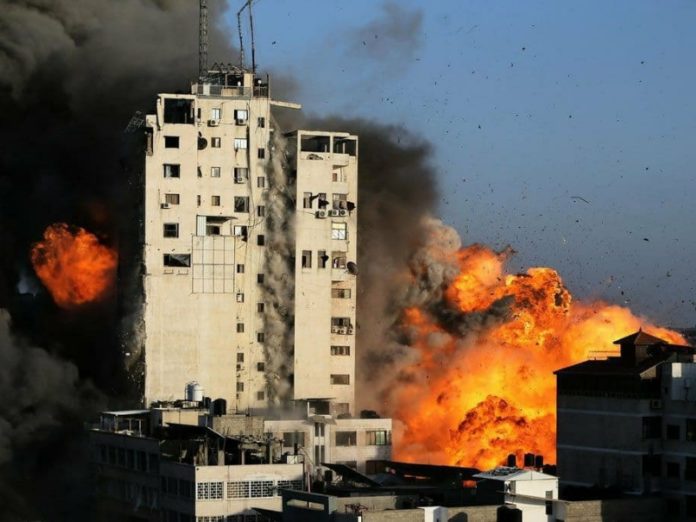 Experts fear full-scale war as the Israel-Palestine conflict escalates. Since Monday, the death toll has risen to at least 49.

Israel has carried out hundreds of airstrikes in Gaza killing at least 43 people.

Among those killed are 13 Palestinian children.

The United Nations has warned that if the conflict does not settle down, the possibility of a war becomes greater.

Tor Wennesland, the UN’s Middle East envoy, said: “We’re escalating towards a full-scale war in Gaza. The cost is devastating and is being paid by ordinary people.”

The streets of Gaza are covered in rubble from buildings and cars which have been destroyed by Israeli airstrikes.

Among the targets in the city were two residential tower blocks, which were brought down by the fighter jets.

Residents had been warned to evacuate the buildings before the fighter jets attacked, but there were still reports of civilian deaths.

The most recent life to have been claimed by the conflict was an Israeli citizen who was killed after a nearby jeep was struck by a missile.

Earlier, an Israeli father and daughter, aged 52 and 16, were killed in the city of Lod when their car was hit by a rocket.

Tensions between Israel and Hamas, the Palestinian forces, have been building for weeks and escalated further last week when Palestinians clashed with Israeli police at a holy site in East Jerusalem.

Hamas fired rockets at Israel after they refused to remove the police from the area.