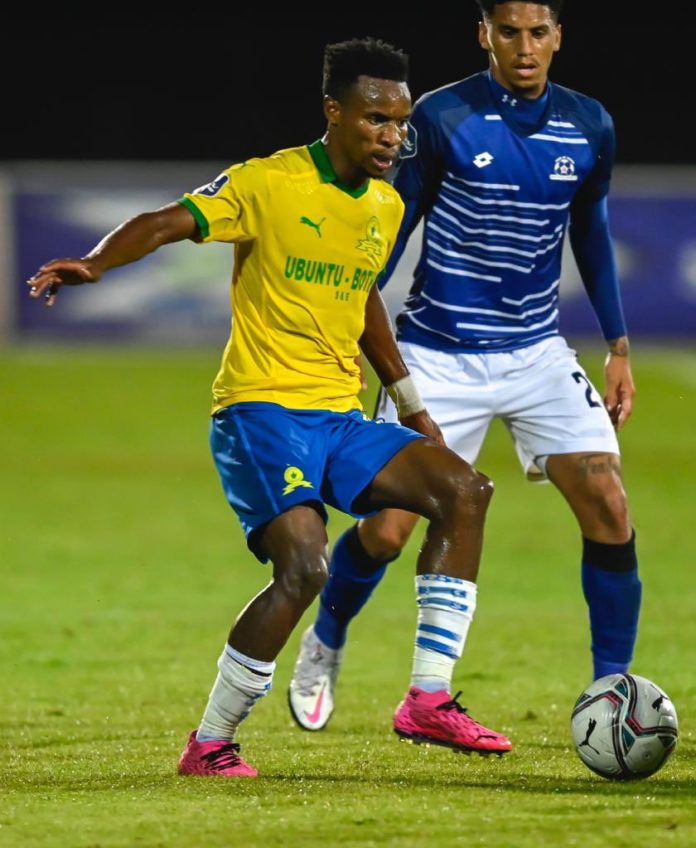 Maritzburg United picked up their first point of the season after coming from behind to force a 1-1 all draw against the high flying Mamelodi Sundowns on Saturday night at Harry Gwala Stadium in Pietermaritzburg.

The mercurial Themba ‘Mshishi’ Zwane’s great form continued. Zwane opened the scoring after Lebohang Maboe slid across the face of the goal and the current footballer of the year tapped it into the back of the empty net to score his sixth goal of the season.

The Brazilians kept on probing and Zwane skipped past the Maritzburg defence into the box and passed to Namibian Peter Shalulile, who unleashed a powerful shot towards goal but keeper Sebastian Mwange made a great save.

The match went to halftime with Downs in the lead. But they kept on missing chances that could have given them a two goal cushion. Shalulile and Kermit Erasmus were the main culprits missing easy chances.

Maritzburg levelled matters from a free header by Kwandakwensizwa Mngonyama in the 60th minute. The former Downs player and man of the match rose high and directed the corner kick to the back of the net.

The biggest missed chance of the match came after Erasmus’ shot was parried by Mwange into the path of Shalulile who, with no keeper in goal, sent it over the crossbar.

Referee Victor Gomes showed Sundowns coach Manqoba Mngqithi a red card and sent him down the tunnel for protesting a foul on Zwane by Keagan Buchanan.

Sundowns’ senior coach Stephen Kompela said: “We had enough chances to win the match, Shalulile could have scored two today. We will take the point and go but there is a lot that we need to improve on”.

Maritzburg United coach Ernst Middendorp got the first point of the season for the club in his first match in charge.

He promised more for the future. “We gave them too much respect in the beginning, we came into the second half much better and braver,” said Middendorp.