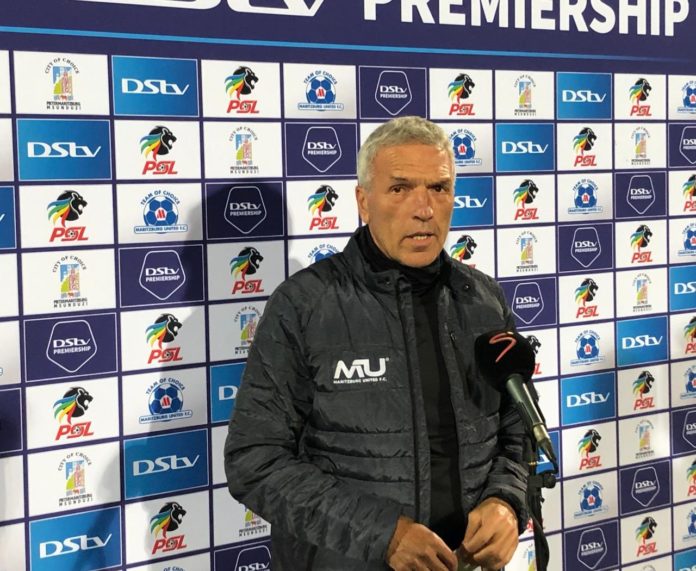 Coach Ernst Middendorp has appealed to Maritzburg United fans to be a little patient with him and his players.

Martizburg are yet to win a match in their six DStv Premiership encounters but the arrival of the German mentor has given them some hope.

Under Eric Tinkler they lost their four opening league matches. Tinkler’s departure left assistant coach Delron Buckley in charge for one match. They lost that as well.

United last won a match on 15 February when they beat Kaizer Chiefs 2-1.

Middendorp’s first match in charge resulted in a crucial point with a draw against champions Mamelodi Sundowns, but he has asked supporters to be patient.

“By late December or in January we should be in the safe area of the league. It’s work in progress.”

United did not lose many players in the off-season. The only notable player is their number 1 goalkeeper Richard Ofori who joined Orlando Pirates.

The team is as it was when Tinkler finished in the top eight with them last season.

“What I have identified is I must work on building confidence among the players,” said Middendorp who is returning for his third stint at United.

“We need to be competitive and put more effort into training in order to achieve what we want at the end of the season. It’s a challenge but it’s something I like.”

He thanked the supporters for their commitment.

“I know our work will take time but I’m sure that by the end of the season in May we will be in the PSL but it’s not something that is achieved in a day,” he said.

Maritzburg’s next match is against second-placed Swallows FC on Tuesday.