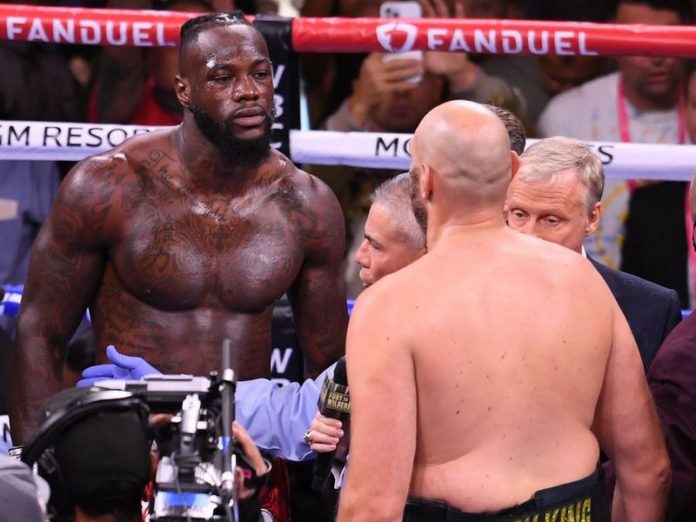 I am not a huge boxing fan but I enjoy a good match, and believe me, I can spot a sore loser when he is right in front of my eyes.

And I can say, without any fear of contradiction, that American fighter Deontay Wilder is a sore loser.

Tyson “Gypsy King” Fury retained his WBC Heavyweight belt in Las Vegas in the early hours of Sunday morning when he beat Wilder, but it was Wilder’s actions after the fight that showed he has no class.

After losing the fight in the 11th round, the “Bronze Bomber” refused to accept defeat like a true sportsman.

When the Gypsy King approached Wilder after the knockout to shake his hand, he was met with a very surprising response.

“I said, ‘Well done mate,’ and he said ‘I don’t want to show any sportsmanship or respect’. I said ‘No problem.’ Very surprised. Sore loser. Idiot,” Fury told BT Sport just minutes after the end of the fight.

Before the bout, there was a lot of bitterness between the two fighters as Wilder believed Fury had cheated in their previous fight.

Wilder should consider himself lucky to have a true sportsman like Malik Scott as a trainer.

“Deontay obviously looks at Fury as a man he had serious issues with concerning certain allegations and certain things he’d seen with his own eyes,” said Scott.

This was Wilder’s first fight with Scott as his trainer. The trainer gave Fury and his trainer, Sugar Hill Steward, plenty of credit despite what Wilder thinks.

“I always said in the whole build-up, I never s***ed on his skills or the kind of fighter he was,” added Scott.

While Wilder is still licking his wounds, Fury already has a challenger in fellow British boxer Dillan Whyte. Whyte will have to beat Otto Wallin in his next fight to have a shot at the Gypsy King.