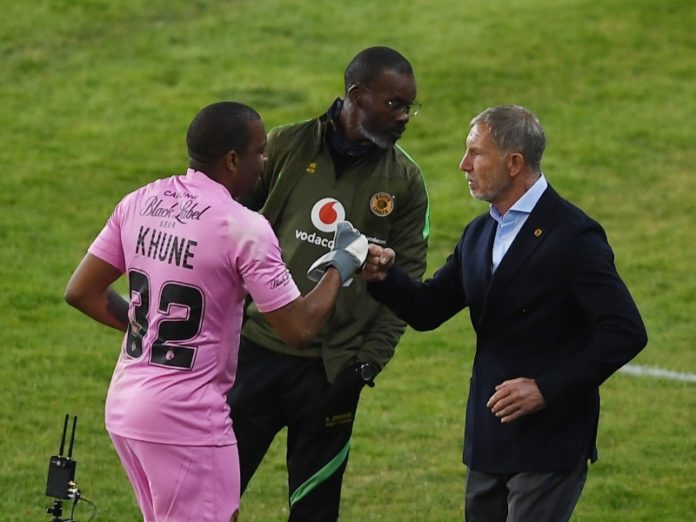 When Stuart Baxter was rehired by Kaizer Chiefs before the end of last season, he was given the task of rebuilding the team and turning around its fortunes. But the DStv Premiership 2021/22 season has just begun and the faithful are already calling for him to be sacked.

Chiefs were busy during the transfer window and brought in ten new faces, but four matches into the season, and the old blood still dominates the starting lineups while the young stars are on the bench.

Of the new signings, only Sifiso Hlanti, Keagan Dolly, Phathutshedzo Nange and Cole Alexander have been playing while others have been sitting on the sideline.

Meanwhile, 21-year-old starlet Nkosingiphile Ngcobo, who played 40 matches last season, has been relegated to the bench. He has yet to kick the ball so far this season.

And to make matters worse, Amakhosi has collected just four points out of a possible 12. Their recent results, especially the 4-1 humiliation at the hands of the rookies Royal AM, did not sit well with the Chiefs management.

It is understood that management called Baxter into a special meeting on Monday and it is reported that if he fails to collect maximum points in the next three matches, he will be the first coach to be shown the door this season.

Many of the club faithful feel Arthur Zwane and Dillon Shepard should have been given a fair chance to lead Amakhosi, and rightly so.

Zwane knows everything there is to know about Chiefs. He played for them for more than a decade and after retiring he was given a job of development coach.

From there, he was promoted and given the task to lead the Chiefs Diski Challenge team. Gavin Hunt came and promoted him to be his assistant alongside Shepard.

Hunt was fired with three matches remaining in the 2020/21 season. Zwane and Shepard were roped in as caretakers and they did well.

The arrival of Baxter was not welcomed by many club supporters because they felt Zwane and Shepard were capable of leading Amakhosi back to its former strength. And the way things are going, Zwane and Shepard could soon find themselves in the hot seat once more.