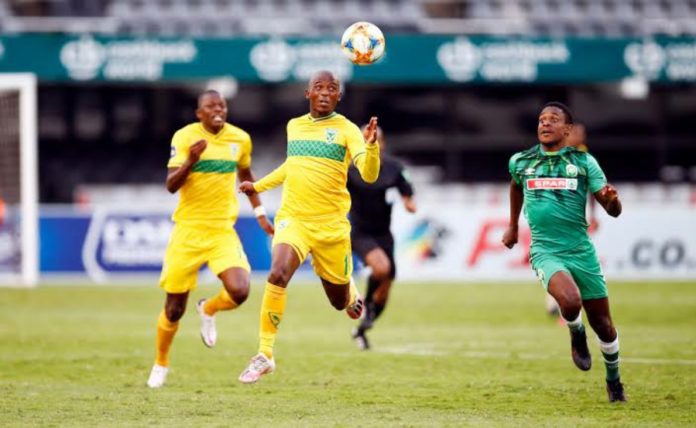 High-flying Lamontville Golden Arrows will lock horns with much improved AmaZulu FC in the Nedbank Cup competition at the Sugar Ray Xulu stadium on Saturday evening.

Although both teams are yet to lift the Ke Yona Cup since it was changed to Nedbank Cup in 2008, and despite it being a derby, a lot of factors promise a good match.

Abafana Bes’thende have already beaten AmaZulu 2-0 in the league this season, but this was before Benni McCarthy took over.

McCarthy reckons this will be a different game and they want to go all out of the tournament.

“It will be a very hard-fought match and one of the teams will want to win, especially because it’s a KZN derby. But we are going to this challenge wanting to win and wanting to succeed. We want to go to the next stage,” said McCarthy, who guided Cape Town City to their first-ever MTN-8 triumph in his maiden season.

The two teams are lying fourth and seventh in their respective DStv Premiership log standings.

Mandla Ncikazi’s men easily got past inconsistent Orlando Pirates 2-0 in the league while Usuthu had to dig deep to get a 4-3 win over Bloemfontein Celtics.

Arrows are yet to be defeated at home in the league while Usuthu have convincingly gone five games without a loss since McCarthy took over.

In what promises to be another fascinating derby, Ex-Nedbank Cup holders, TS Galaxy will be looking to prove their 2019 triumph was not a fluke.

While plying their trade in the second-tier of South African football, The Rockets, as Galaxy are known, made history when they overcame cup favourites Kaizer Chiefs at the Moses Mabhida stadium with Zakhele Lepasa scoring from a penalty spot late in the game.

Galaxy will host TS Sporting in the last 32 of the Ke Yona cup on Saturday afternoon at the Emirates Airline Park.

Sporting are currently languishing 10th on the GladAfrica Championship.