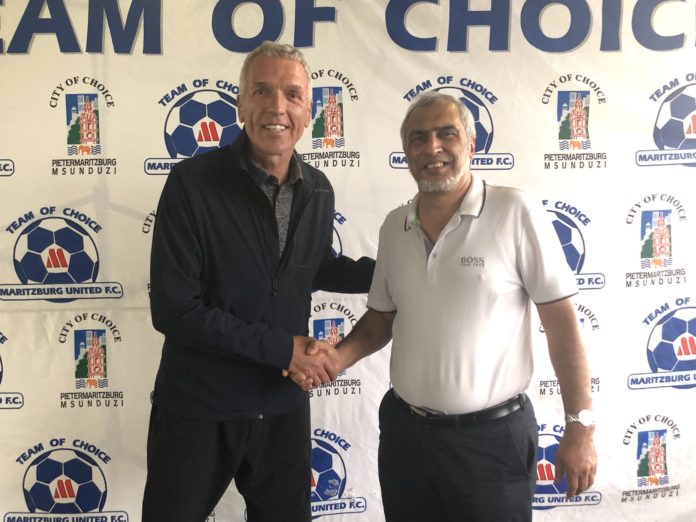 Ernst Middendorp has been confirmed as the new Maritzburg United head coach.

The Team of Choice booted Eric Tinkler on Monday morning following a string of poor results.

It’s Middendorp’s third return to the Maritzburg-based team, having been at the helm on two previous occasions.

The German nearly guided Kaizer Chiefs to a league title but lost the title chase to reigning champions Mamelodi Sundowns.

On their Twitter account, United said: “Welcome home. Ernst Middendorp is back at the Team of Choice”.

The German-born coach is now tasked with getting United in the bottom of the DStv Premier League.

His first hurdle is against on-form Supersport United at the Harry Gwala tomorrow (Friday) night.

Middendorp’s rumours of returning to the club reached boiling point when he requested to be released from his three-year contract with Ethiopian giants Saint George Sports Club.

After four games in the league, Maritzburg is rooted in the bottom of the log without a point.

The Team of Choice have now gone 11 games without a victory which backs to the bio-bubble league which was held to finish up the 2019/2020 campaign.