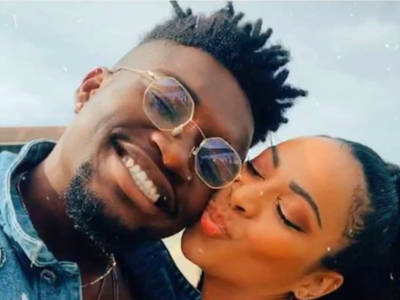 South Arican-born Congolese artist Manu Worldstar, 25, has teamed up with his girlfriend and fellow musician Mariechan Luiters, 37, for his second single, “Pressure”.

Although “Pressure” is teeming with intimacy and passion, the Afrofusion tune concerns the pressure which has been heaped on the couple since they went public in 2020.

“Why do I feel under pressure? Why does it feel like I messed up?” Manu asks in the song’s chorus.

Mariechan, formerly of the RnB group Jamali, enters in the subsequent verse.

“If I was a bum would you be my Charlie?” she asks her beloved in return, referring to Charlie Chaplin’s iconic movie character, the Tramp.

These contrasting lines in fact encapsulate this wonderfully cultured song, as the couple tries to balance the positive feelings of the love which they share with one another with outside forces of negativity.

Mariechan discussed the themes of the song on Instagram, writing “we put up with the Pressure coz we’re in love & no matter what obstacles we face/d, it doesn’t take away the joy of loving coz that’s the glue….so we decided to pen down the wonderful & ugly side of a relationship in song.”

“Pressure” features on Manu’s critically acclaimed debut album Molimo, and is his second single after releasing “Choko” in September.

He and Mariechan’s careers actually began on similar notes. She first shot to fame after her group, Jamali, came second in the 2004 Coca-Cola Popstars talent search contest.

Everything about their romance seems defined by its publicity, so it is fitting that their first collaboration explores the trials and tribulations of a public relationship.

As fans await their next collaboration, Mariechan has a plan for if it all goes wrong, writing on Instagram “If things don’t work out at least we’ll still get royalties”.