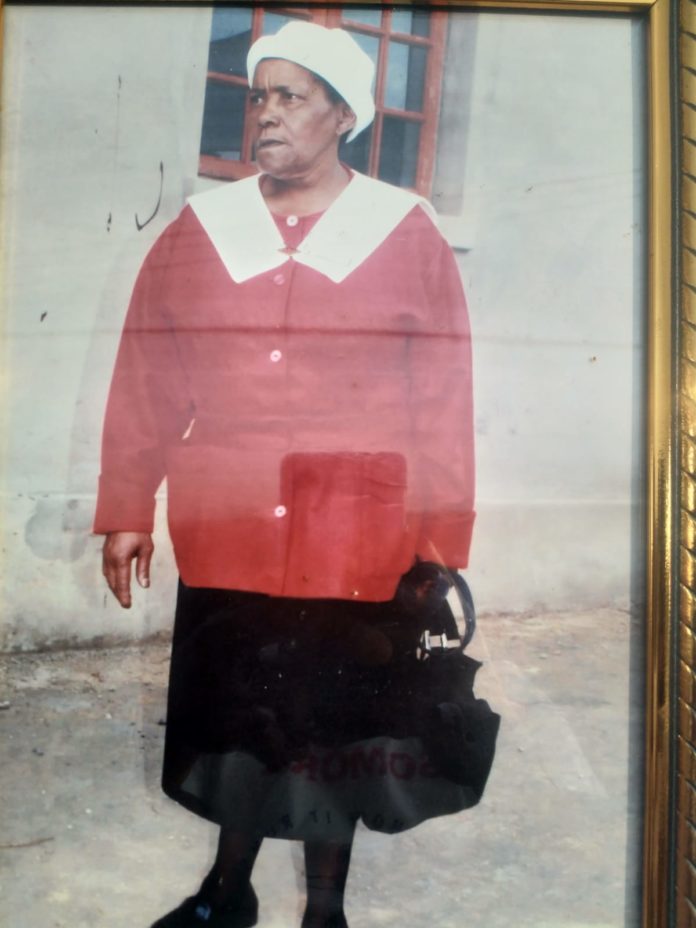 Another woman has lost her life at the hands of a man in South Africa.

This time a mother has been killed by her own son.

The self-confessed murderer is in police custody.

His mother, a devout church-going Christian, was known to everyone as Ding Ding. She is pictured above.

Ding Ding’s niece Tshadi Molete told Scrolla.Africa that Kabelo bragged to family members that he had killed his mother.

“Even his neighbours learned about the death of Ding Ding from Kabelo,” said Tshadi.

When police and paramedics arrived on the scene on Thursday, Kabelo allegedly didn’t deny he had killed her.

Tshadi said her aunt was abused by her son physically, emotionally and financially. “He was a drug addict. He used to sell everything in the house.

“The day he killed my aunt, he sold her plasma television and smart phone to people in the street,” she said.

Tshadi said Kabelo had been arrested many times after his mother reported him to the police station for assault, theft, and abuse.

The last time she reported him, he went to prison but she felt sorry and forgave him when he was released in November last year.

Dinkwetse was turning 70 next month.

Kabelo was her only child. “All she wanted in her life was a child,” said Tshadi. “And she received God’s blessings of a baby boy when she was over 40 years.

“She did not know that same child would end her life one day.”

She said that Ding Ding had bought a taxi so that Kabelo could work and make his own money.

“She paid for everything and all the registration fees and other costs. All Kabelo had to do was to drive the taxi and make his own money. But still, that was not enough mother’s love. He killed her for drug money,” said Tshadi.

“She loved going to church. She was smart and loved cooking. We used to come to her for a meal,” Tshadi said.