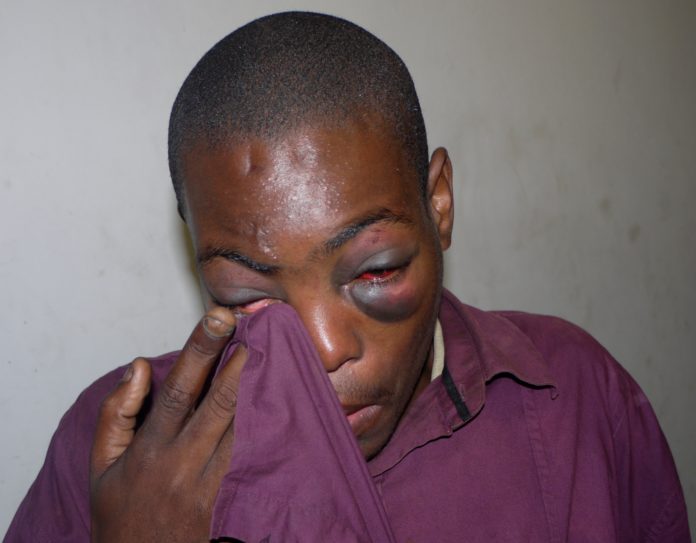 Nhlanhla Maphumulo realised he had forgotten his mask and decided he would buy another one when he got to the taxi rank – but that was not good enough for the rank officials.

The marshals at the Durban Station Rank, which is KZN’s busiest, allegedly attacked him and left him with a swollen eye.

Maphumulo from Chesterville told Scrolla.Africa he realised he had forgotten his mask.

“But I didn’t worry as I would buy another at Durban station where I usually take a taxi home,” he said.

“But while I was walking towards a man who sells masks, a man grabbed me from behind and started assaulting me. I tried to fight back because I didn’t know why the man was beating me.”

Maphumulo said two other men joined in and punched and kicked him.

“They asked me where my mask was. As I tried to answer, the beating continued until I fell to the ground,” said the angry Maphumulo.

He said he didn’t open a case.

A rank marshal denied that Maphumulo was assaulted.

“That’s a lie. We are not mad people,” said the marshal.

“People ignore the regulations and we get blamed for that.”

Provincial chairperson of Santaco, Boy Ngema condemned the incident and vowed to investigate.

KZN police advised Maphumulo to open a case so that it can be investigated.