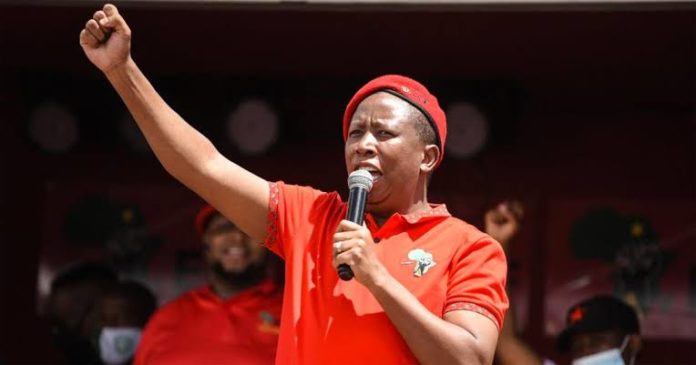 His proposal, however, has been flatly rejected by communities who want to vote for new mayors and councillors this year.

Thabani Mkhungo, who led a series of chaotic marches against Ward 80 councillor Mthokozisi Nojiyeza in Umlazi, KZN, is against Malema’s proposal.

“We can’t be led by an incompetent ward councillor for the next three years. We want to choose our ANC candidate who would represent us at the election,” said Mkhungo.

“Councillor Nojiyeza has done enough damage to our ward. He must go this year!”

Schools and other local businesses closed for a week as Mkhungo and his mob went on a rampage and called on the councillor to step down.

They accused him of failing to govern the ward efficiently.

Thami Mseleku who led that march said, “Malema can abstain with his EFF from the elections. We can’t stay with this councillor for one more day, imagine a whole three years. He has dismally failed to lead the ward. We want him gone.”

Mseleku said instead of postponing the elections political parties must look at other alternatives.

“We can learn from countries like the US and use the emailing system for some and the in-person voting for others. There’s a way we could mitigate the spread of Covid-19 while going ahead with the elections.”

Some parties, including Herman Mashaba, ActionSA leader, have publicly rejected the proposal.

Malema said the country could hold national general elections expected in 2024 and the local government elections, at the same time.

The Independent Electoral Commission tasked with running the elections said it is still talking to the political parties.