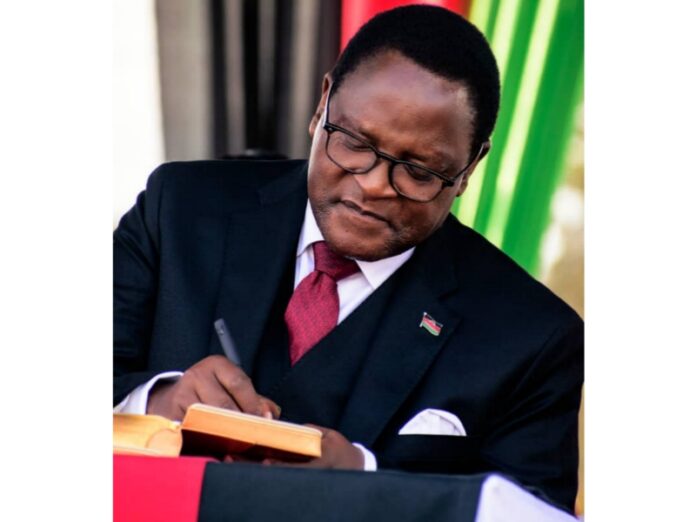 President Lazarus Chakwera of Malawi on Tuesday relieved Vice President Saulos Chilima of all delegated powers after Chilima was implicated in a massive corruption scandal.

Along with over 50 other public officials, Chilima was named in a corruption probe linked to businessman Zuneth Sattar. Also named in the probe was Chakwera’s chief of staff Prince Kapondamgaga and the country’s Chief of Police George Kainja.

Sattar is a UK-based Malawian who has been accused of giving bribes to public officials in exchange for securing government contracts.

Chakwera announced his decision on Tuesday after receiving a report from the Anti-Corruption Bureau (ACB) on investigations into Sattar.

In a report released by the ACB, a total of 53 current and former public officers received money from Sattar between March 2021 and October 2021, the president said.

The police and military reportedly awarded 16 contracts worth $150 million to five companies owned by Sattar between 2017 and 2021.

Chakwera, however, said apart from Chilima, there is no other member of his cabinet who has been mentioned on the list.

“There are also 31 individuals from the private sector, media and civil society who allegedly received money,” Chakwera said in a statement.

“The officers include those from Office of the President and Cabinet, Malawi Police Service, Office of the Vice President, State House, Reserve Bank of Malawi, ACB, the Malawi Broadcasting Station and various ministries.

“In addition, the Bureau found that 31 other people from the private sector, the media, civil society and the legal profession also received money from Mr Sattar,” bringing the total to 84 people suspected of being involved.

On the action he is taking, Chakwera said that the Constitution does not provide for the suspension of the vice president or his removal from office by the president.

“As such, the best I can do for now, which is what I have decided to do, is to withhold from his office any delegated duties while waiting for the Bureau to substantiate its allegations against him and to make known its course of action in relation to such,” he said.

In 2020, Saulos Chilima, then a presidential candidate, had teamed up with Lazarus Chakwera to win the re-run election following fraud in the first poll in 2019.